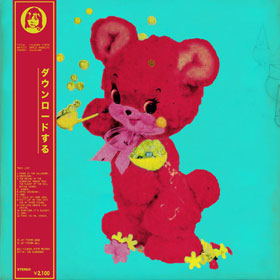 Apple Rabbits – Kilburn State
Sonic trickery and ambient weirdness are the order of the day on this strange record. Similar to The Residents but with a more traditional relationship with melody (though not by much), Kilburn State folds all manner of stuttering electronics and found sounds into the spooky mix. On one level it’s ambient/new age (that’s how it’s classified on iTunes, in fact) but I don’t expect to hear tunes like “King Kong Versus King Kanute” wafting out of the local yoga studio. More intriguing than fun – and certainly that’s by design — it’s a collection of eerie, dark mood pieces. 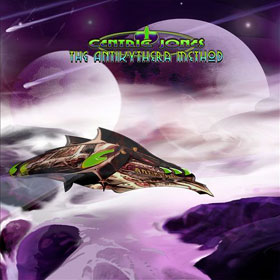 Centric Jones – The Antikythera Method
The Roger Dean-styled cover artwork seems to telegraph what sort of musical trip to expect here, and the atmospheric acoustic guitar that opens the disc furthers that vibe. But when female lead vocals kick in, it’s clear that the album holds some surprises. A finely textured record, the glue that holds it all together is provided by non-singing songwriters Chris Fournier and Tobe London. The pair handle most of the instrumentation, and an assortment of guest artists round out the collection. The ambience is a pleasantly familiar prog rock style, musically similar to late Peter Gabriel-era Genesis in places. Recommended. 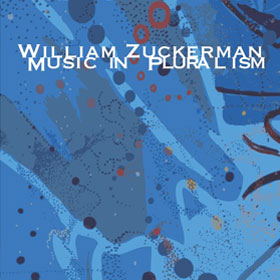 William Zuckerman – Music in Pluralism
Combining classical instrumentation and arrangement with traditional rock guitar isn’t a new idea. And in most cases, the results fall flat because most who attempt the marriage approach it from the rock side of the equation. Zuckerman, however, is a classical composer, and leader of Symphony Z. The music on this set bears a strong rock sensibility – sounding in places a tiny bit like some of Robert Fripp‘s work – but other elements are present, including a strong cinematic element that calls to mind Bernard Herrmann, specifically his work for Alfred Hitchcock. Fascinating, ambitious and accessible all at once. 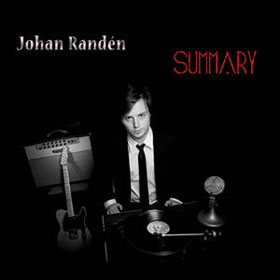 Johan Randén – Summary
An instrumental album wide in its scope, Summary is a fitting title for a survey of the many styles favored by this Swedish guitarist. Everything – from cool jazz to angular prog to breezy acoustic outings with Eric Johnsonesque leads – can be found on this disc. And it’s all presented appealingly. The song titles are often red herrings, though: “Tres Hombres” sounds not a bit like ZZ Top, and “Country Maniac” is reminiscent of Joe Satriani‘s approach. For fans of lead guitar – especially those who don’t insist upon vocals – there’s something for everyone on Summary. 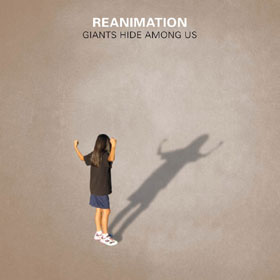 Reanimation – Giants Hide Among Us
As the liner notes tell us right up front, Reanimation is Michael Shanahan. Playing all manner of instruments – from the traditional rock lineup to more exotic items like e-bowed lap steel, violin and dulcimer – Shanahan only occasionally employs outsiders on the record. A bit of guitar here, some spoken word there; but otherwise it’s Shanahan who creates these often catchy and always expertly-assembled textural grooves. The tracks throb and gurgle, but there’s usually a solid progressive rock/funk underpinning to the numbers. Heavy and hypnotic, this record is surprisingly user-friendly for what’s essentially a solo studio project. Dig it.