Another Gig From Hell: Skate-a-long USA 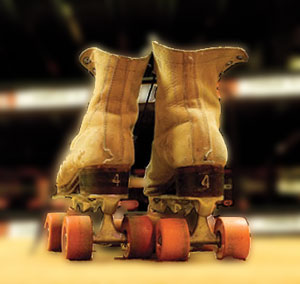 Everyone’s familiar with the all-purpose old saying, “I was _____ before _____ was cool.” My own true-to-life variant of that is this: I was in an 80s cover band…in the 80s. And it was pretty cool. For the year and a half apex of our collective career, we gigged regularly and made decent money (by that day’s standards as well as modern ones). And as is typical of any such band, we all came away from the experience with many stories to tell. Some of them were harrowing, some funny, some a bit of both.

Some of those old stories, clouded in the mists of memory, have found their details fuzzy. When I’m in touch with some of my old bandmates (the band broke up twenty-six years ago this month), we don’t always agree on the finer details of those anecdotes. But viewed from a safe distance through the rear-view mirror of time, they are all good memories. Some rate only a punch line or two, and some still make for a pretty good story. This one – due to its relative brevity – falls somewhere between those two poles.

I don’t have any specific recollection of dealing with the manager of the suburban roller skating rink, but it must have been me who booked the gig on the band’s behalf; I still have a copy of the contract (a straightforward performance document with no “M&M riders”). So what exactly I was thinking when I booked a five-piece rock band to play an afternoon gig at a roller skating rink, I cannot tell you. Most of our gigs were at apartment complex clubhouses, frat parties, bars, and local outdoor festivals.

But book I did. The money was good, and the requirements placed upon the band weren’t onerous. So on the appointed day, we showed up and entered the building a couple of hours before showtime. The manager greeted us, and after some brief pleasantries, we asked to be shown to the stage. In response, he mumbled something I didn’t hear, and motioned for us to follow him.

On his way to our performance location, he stopped over by the wall and picked up three orange cones, the sort you might see when a janitor is mopping up a spill of beer, vomit or other festivities-related liquid. I remember thinking, “That’s odd.” We continued our short walk and ended up standing on the skating rink itself, specifically at the far end of its oval-shaped surface. 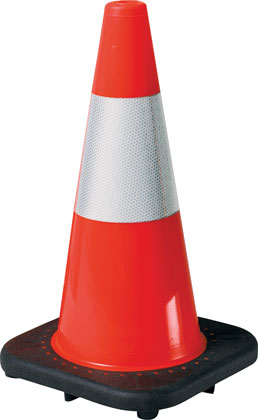 The manager plopped the stack of traffic cones onto the floor, pointed at the wall and said, “An electrical outlet is right there.” We stood collectively stunned as the realization hit us: there was no stage, and we were to set up on the skating rink floor. The only protection we would have from skaters running into us or our equipment was to be provided by these three orange cones.

Now, if my memory were better, I feel certain I’d have a recollection of the rest of the band being extremely upset with me. After all, I had booked the damn gig, and signed a contract and all. So it was my fault for not having sorted out such a basic piece of information as is-there-a-fucking-stage. But happily for 21st century me, I have no such memory.

Truth be told, we set up and played our sets generally without incident. Occasionally a clumsy skater would skid past the cones and over Lenny’s guitar lead, but no damage was done. I had a very sturdy three-tier keyboard rack in those days, and it probably could have withstood the impact of a roller skating young teen anyway.

Which isn’t to say we went over well musically. As we learned by the selections the deejay/manager played from his booth (equipped with a plexiglas window, by the way), the girls in the crowd most enjoyed insipid pop piffle such as Madonna and Tiffany. The boys favored…well, I don’t remember what they favored. But it certainly wasn’t us. Contemporary memories differ here: Lenny remembers deafening silence when the deejay introduced us as we returned for our second of two sets. Here’s how I recall it: After the deejay’s mock-enthusiastic intro of, “Ladies and gentlemen, boys and girls, once again let’s hear it for…Remote Control!” there was a brief silent pause, followed by a loud, boisterous and long “Booooo!”

We looked at each other, laughed, figured, “They don’t seem to like any of the songs in our official set,” and decided to play Ted Nugent‘s “Stranglehold,” a song that (a) didn’t fit into the style of our set and (b) we didn’t really know how to play. It did move us ten minutes closer to the end of our set, though.