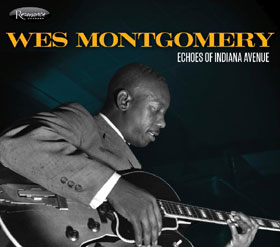 Occasionally, when it comes to archival and/or rare recordings, the back-story can be as compelling as the music itself. The circumstances surrounding the recording session, the method of recording, and the saga of how a long-lost tape surfaces after years: these can, sometimes, be the stuff of legend. For the sort of person who finds this sort of thing interesting, a fuller knowledge of that back story is an essential component of the overall listening experience.

Some recordings are of equal parts historical import and musical value. The handful of tracks that give evidence of Charlie Christian with Benny Goodman‘s band between 1939 and 1941 would be important even if the recording quality were poor. Sometimes the recordings are significant for the historical import, but marginally listenable. And stories of long-lost master tapes turning up in rubbish bins, or mislabeled as something else, or – in the case of bootleg or “ROIO” (Recordings of Indeterminate Origin) tapes – of being “liberated”…these tales sometimes read like treatments for some yet-to-be-made Hollywood film.

The documented recording career of jazz guitarist Wes Montgomery began in 1958. The guitarist cut eighteen albums for Riverside between ’58 and 1964 (including the hit album Boss Guitar), then moved to Verve (and later A&M) for albums that – while they have their moments – are generally less regarded than Montgomery’s Riverside work.

In 1958 Fingerpickin‘ was released; it was a compilation of tracks from a 1957 LP titled The Montgomery Brothers and Five Others and a few featured numbers from The Mastersounds‘ 1958 album Kismet. For many years the material on Fingerpickin‘ has been considered the earliest recorded work featuring Montgomery. It now appears that this is not so.

I won’t recount the tale in detail here, mainly because it’s told well in the liner notes for the new album, but Wes Montgomery recorded an album’s worth of material – demos, you’d probably call them today – in 1957 and 1958. Those tapes – of surprisingly high quality – have now been released on Resonance Records as Echoes of Indiana Avenue.

Across nine tracks, Montgomery and his band (the compilers had to do some detective work to sort out who played on these tracks) display a facility in a wide array of jazz styles. For the most part, Montgomery is covering the work of others (Thelonious Monk‘s “Straight No Chaser” and “Round Midnight,” Errol Gardner‘s, “Misty,” Billy Strayhorn‘s “Take the ‘A’ Train”), but Montgomery’s signature thumb-centric style is already fully in evidence. The collection seems to have been made to show just how versatile Montgomery could be, and it’s successful in that: his warm, soulful playing on “Misty” is contrasted by his rapid-fire uptempo runs on “Take the ‘A’ Train,” and the arrangements show that Montgomery had a well-developed sense of when to solo and when to hold back, letting others shine.

Some of the tracks were cut at the Hub Bub in Indianapolis; the audience can be heard both encouraging and ignoring the band. Some numbers seem to have been cut in a quiet room, if not a studio-proper. Sonic quality is astonishing for tracks not professionally recorded and lost for many years. The story – again, I’m not telling it here — is a fascinating one, and is told in the set’s expansive liner notes.

For the most part, the tracks on Echoes of Indiana Avenue point the way toward the sound Montgomery would showcase at Riverside; as the earliest extant recordings of this landmark musician, they’d be important even if the music wasn’t great (it is), even if the recording wasn’t extremely listenable (it is: a bit of distortion on the early tracks is not distracting). But perhaps the most fascinating thing about the music on this set is the final track: a six-minute-plus blues improvisation titled “After Hours Blues.” The blues wasn’t a style that Montgomery was known for. But from the opening strains, it’s clear that the audience was digging it. At one point early in the number, Montgomery scrapes the neck, proto-Rick Nielsen style. Throughout, he engages in musical dialogue with pianist Earl Van Riper. While it’s pretty clear the number is being made up on the spot, the players clearly possess ample simpatico, and the playing never stumbles. Montgomery plays in a manner rarely heard on his official recordings.

Echoes of Indiana Avenue would be more than worth the investment purely for “After Hours Blues.” It would be nearly equal in value without the CD: the essays are that good. And it would remain essential even without the blues track, the essays and the lovely packaging (including rare photos of Montgomery). Put all of those elements together, and Echoes of Indiana Avenue is one of those why-are-you-still-reading-this-go-buy-the-damn-thing-now releases.