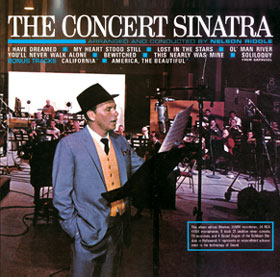 Stereophonic sound recording – what we call stereo – has been around a lot longer than one might think. It didn’t become popular and enjoy wide commercial use (i.e. on records) until the tail-end of the 1950s. But when it caught on, stereo became dominant. Throughout a good part of the 1960s, popular albums were sold in both formats; in some places, you could even buy a mono copy of The Beatles (“The White Album”) as late as the end of that decade.

Like other subsequent advances (quadrophonic, Dolby noise reduction, surround 5.1, etc.) the whole point of stereo was to give listeners a more authentic recorded product, something that ostensibly got them closer to what they would have heard had they been there when the music was recorded. The history of stereo is full of fascinating stories, but for me the most fascinating is (or had been up until now; more on that forthwith) the recording of the soundtrack for the 1940 Walt Disney animated film Fantasia. For the soundtrack, the Philadelphia Orchestra under conductor Leopold Stokowski set up at the Academy of Music, with nearly three-dozen microphones set up at strategic points. But since breakthroughs with multi-track audio recording by Les Paul hadn’t happened yet (that would happen later in the decade), for Fantasia the crew recorded the audio onto the sound-strip of 35mm film. The cameras were synchronized, and thus was born the resulting proto-multi-track, proto-stereo recording. It’s amazingly rich and high fidelity; I picked up an original vinyl copy many years ago, and it’s one of my prized possessions.

But the Fantasia soundtrack story has a contender for most innovative and forward-looking recording session of the pre-rock era. In February 1963, Frank Sinatra cut an album for his Reprise label called The Concert Sinatra. Despite the title, the record wasn’t a live recording. Well, not exactly. The Concert Sinatra featured the Chairman singing a set of standards and show tunes, backed by an exceedingly large orchestra under the direction of Nelson Riddle. The recording session employed a recording media similar to that of the Fantasia sessions thirteen years earlier: 35mm.

Much was made of the technology at the time. Right there on the cover, surrounded by a thick white rule, was information for the hi-fi enthusiast: “This album utilizes Westex 35MM recordation [sic], 24 RCA 44BX microphones, 8 track 21 position mixer console, 73 musicians, and 4 Sound Stages of the Goldwyn Studios in Hollywood. It represents an unparalleled achievement in the technology of sound.”

And it was a mighty fine recording. But all of that technology was funneled, so to speak, down to a then-state-of-the-art stereo master. By 1963 standards, pretty great. But fifty years later, it’s not quite so special. All subsequent reissues of The Concert Sinatra have used the stereo masters as their source.

But wait: what might happen if engineers could go back and remix/remaster the album from the original 24-microphone recording? The answer is found in Concord’s 2012 expanded reissue of The Concert Sinatra. Boasting a sonic clarity that borders on three-dimensional, The Concert Sinatra is truly as close as one could possibly get to sitting in the midst of the Nelson Riddle Orchestra while Frank Sinatra sings his way through cherished pages of the Great American Songbook.

You won’t find any big band swing or pop tunes on this set. In a more serious and reflective mood, Sinatra instead takes on classics from Rodgers & Hammerstein (“I Have Dreamed” from The King and I, “You’ll Never Walk Alone” from Carousel). He also turns in one of the most ambitious performances of his recorded career, the lengthy, breathtaking and complicated art song “Soliloquy,” also from Carousel. The Kurt Weil/Maxwell Anderson number “Lost in the Stars” gets a sensitive, emotional reading.

These and the remaining tracks all add up to make The Concert Sinatra perhaps the Chairman’s most “serious” recording. Both the original session and the the modern revising of the source tapes take a suitably serious approach to sound quality. Then a mere nineteen years old, his son Frank Sinatra Jr. worked the engineering and mixing boards on the original 1963 recording. Bringing things full circle, Frank Jr. oversaw the 21st century upgrade from the source tapes of his late father’s session of nearly fifty years ago.

Whether you pick it up for the music or the sound quality, The 2012 reissue of The Concert Sinatra is an essential addition to every Sinatra fan’s collection.