Home  »  interview   »   Akron/Family: Getting to Know the Unknowable, Part Two

Akron/Family: Getting to Know the Unknowable, Part Two

Bill Kopp: Other than the departure of one your members awhile back, what do you think is the main qualitative difference between your sound and approach now, compared with seven years ago when you did your first album?

Miles Seaton: We’re more self-aware now than we were then. And that changes things a lot. It’s good and bad. It’s something that happens to almost everyone. For me, when I started to notice that “muscle” of self-awareness, and actually see it, I was like, “Oh my god. Now that I’ve seen it, now I”m going to have to do exercises to relax it.” We have to make a concerted effort to find a way to shut the world out and follow the muse in a purse sense.

But also, we’ve started to understand the separation between artistry and entertainment. Both have a profound generosity inherent in them, and they’re some of the best parts of culture. They’re both about the human experience. Life beats you down; everyone is getting whittled down toward death their whole life. They’re suffering at work. And nobody knows why the fuck we’re here. There’s this real existential problem that everyone deals with.

Entertainment is there to soothe and console people, and I think that that’s very beautiful. Art is meant to take that suffering, look at it for what it is, and then ennoble people in their experience of human suffering. So for me, the way I feel my approach has changed is that I’ve developed much more refined – or specific – tastes. Or I’ve come up with better ways to describe those tastes to people who are into our band. So our communication has changed a little bit around that. 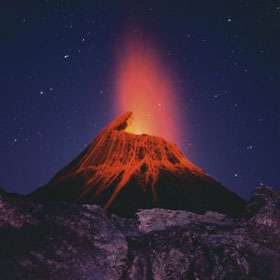 All of us [in the band] have really gotten on the same page about trying to find the most noble road about art that we can as a group. We really try to think about our intention, and about what we’re trying to say. I feel like I’m blessed by being with people who want to bring good things to the world; there’s nobody in the band who’s a suffering asshole who feels like he needs to take it out on everyone.

Because there’s plenty of that. And honestly, if you look at the problem, that’s as much a logical response to it as ours! But it’s not something I want to be involved in.

So the main change is that awareness. And it’s turned into something very positive. It was rocky there for awhile; we were trying to find our footing. The truth is, it’s a challenge to live in such a commodity-based culture when you’re trying to make something that’s true to you. You want people to hear it, because you want people to be able to communicate with you.

But the only measure for that is…stuff. So for us to get to the point of “This shit does not matter at all” took some work. Everyone around you, you see getting the “rewards.” You see those guys on the road, and you think, “I don’t want to be that guy.” I don’t know if the hip-hop guys mean “Mo’ money, mo’ problems” in quite the same way. [laughs]

BK: Yeah, boiling it down to four words does take some of the subtlety and nuance out of it.

The communal aspect of Akron/Family’s music is often commented upon. At a live performance, what do you expect of the audience? And what should we expect of you?

MS: I don’t always know what they expect. It depends on how far into a tour you find me, how tired I am. I might be like, “What do they want from me?!”

But it’s like everything. You have an audience, whether it’s thirty or three thousand people. Maybe five hundred of them saw your song on some British TV show, and they want you to play that ting that they listen to all the time. That’s understandable.

Early on, we were the subject of a lot of attention because we were on a record label [Young God Records, home to Grant Hart and others] that the center of a kind of “hit” thing at the time. Because we were seen as part of that, there was an expectation that we should impress people. I remember a specific show – it was here at the Grey Eagle, as a matter of fact – and there were a lot of people. We played for three hours. And the last hour, there was a sixth as many people as there were at the beginning. In the last half hour, there were about ten people standing out there. We were in our drone-zone.

But those ten people, we’re really close friends with them to this day. And maybe that sixth of the audience, maybe they still come back to shows. And what they expect from us it to do whatever we want. There’s a certain level of intentionality, of being present. They expect us to not phone it in. 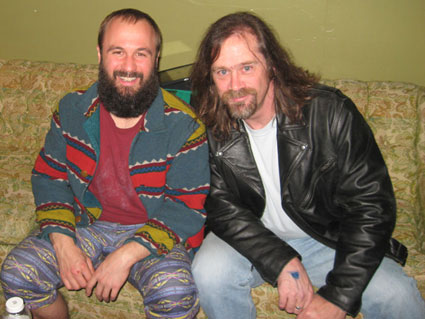 We are a little earnest – to a fault, almost – but we’re very sincere. And sincerity is a huge part of what we make. It’s not a chargeable commodity, but it is currency to a certain extent. We’re building trust and relationships with people. And if you bring it back to the idea of the ennobling experience, it’s a very serious thing.

People do expect us to bring a certain level of authenticity. And what I expect from an audience is to do what they can to check their own expectations at the door. I hope what I want form them is not to play too much of a spectator role. Because even listening is a very active experience.

My earliest musical experience was singing in church. That feeling – hearing my aunt who couldn’t sing very well, and then hearing another lady who was an amazing singer, but they’re all together making this voice – that feeling is something that I’ve always chased: that amazing experience of raising voices in a room together.

I just want to give people the simple joy of making music. Just because I’ve made some records, or because I’m onstage and my amp’s loud, it’s not jut about me: this is everyone together. Besides, we’re not playing a fucking stadium. Instead, it’s a very intimate experience.

BK: There’s no line of big guys in yellow shirts keeping fans away. There’s no wall to break down.

MS: That’s an interesting point. I think a lot about performance and ways to reach people. People are used to having things presented to them. Bands learn and polish their songs, and come out and play them. Maybe there’s a little banter, but that’s it.

We sort of try to bring people in, so that they feel safe. And then you surprise them with something, and they’re part of it. They’re clapping along or whatever. And the walls break down. They don’t have to worry about how they look to these other people in the audience.

It’s hard: I know. When I’m in the audience at another show, it’s hard to just close my eyes and sing along. Especially when I’m the first one. So I know what I’m asking people to do isn’t easy. But it is very simple. So I’m thinking: “Go there. Come along.”