In Honor of MLK Day… 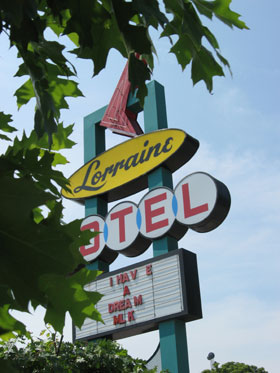 In honor of the memory, legacy and goals of the Rev. Dr. Martin Luther King, I’d like to take this MLK Day opportunity to shine a light on a pair of releases that I reviewed a few years ago. (Almost) sharing a title, one of these is a CD collection and the other is a DVD documentary.

Let Freedom Sing: The Music of the Civil Rights Movement is a nicely-packaged 3CD set. A related (but separately-purchased) DVD is titled Let Freedom Sing: How Music Inspired the Civil Rights Movement. Both are highly recommended. Not just on MLK Day, and not just for fans of a particular style of music or those interested in contemporary American history.

The links above will take you to detailed reviews of each.