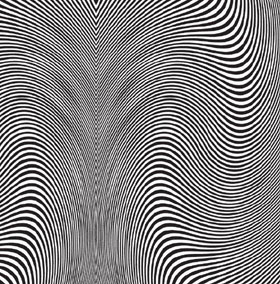 It’s difficult to know what one’s in for, listening to the opening strains of the first (and title) track on Apteka‘s Gargoyle Days. Washes of heavily treated (reverb, distortion) guitars and a thrumming percussion line are joined by a plaintive voice. Is this going to be like Slowdive? My Bloody Valentine? Russian Circles? U2?

In fact if you could somehow craft a Venn diagram of the sonic elements of those four disparate bands, the tiny point at which they all intersect would sound a bit like Apteka. Cold and foreboding yet warm and inviting all at once (huh?), the songs on Gargoyle Days have a hard shell, but are soft and gooey inside. “Striking Violet” starts out sounding for all the world like the soundtrack to some otherworldly violence-laden video game, and then quickly settles into something equal parts menace and beauty.

More than with most bands, the Apteka sound as showcased on this record uses the studio as an instrument. In fact, if such a thing is possible, the arrangements are an instrument as well. Playing these songs without all of the ambience Apteka brings to them would likely result in something far less compelling. Which isn’t to say that the songs are all style and no substance: each track is fully developed, working as part of the whole and existing nicely on its own.

If one can imagine Perry Farrell singing in a way that’s somehow not impossibly annoying, that’s the texture of the vocals on Gargoyle Days. What is being sung is – to my ears, anyway – less important here than how it’s being sung. And the band doesn’t employ a one-dimensional approach: “In Clouds” features relatively clean guitar strumming, joined by some backwards guitar leads weaving in and out of the mix. The song builds to anthem proportions. With its highly memorable spy-movie-worthy riff, “Where Days Go” is a fast and swaggering rocker; it’s also perhaps the best of the album’s nine cuts.

“This Time” sounds like Porcupine Tree meets Jane’s Addiction, and features a lyric that loosely quotes the title track of an obscure 1970 album Timothy Leary did with Jimi Hendrix, John Sebastian, Buddy Miles and Stephen Stills (no, really.) The Cure-like “Voices” showcases Apteka’s drumming trademark: heavy use of toms, and carefully-placed cymbal splashes. The approach allows the band to exert maximum control on the drama delivered by a song at any given moment.

The contrasting sounds of the two wide-panned guitars on “Gravesend” gives more tone color to this vaguely sinister track; this makes the transition more effective when the song explodes into its midsection. Apteka throttles back the musical onslaught, and then releases it again, applying lots of musical shade and light. A noisy and spectacular instrumental break is the song’s highlight. The spare and dreamy “Monterey” is another accessible winner. Gargoyle Days closes with one of its longest tracks, the ¾ lilt of “We Know Time.” Hypnotic and repetitive in the best possible way, the song would fit in well on a playlist of the best late-sixties psych tracks.

Gargoyle Days is available in download, on CD and on vinyl in a lovely psych-out sleeve. (One of the many benefits of being a reviewer is receiving all three.) Any and all are recommended, but those familiar with my point of view know that the 33rpm gets the nod. Note to self: keep an ear out for live dates and/or a followup album from this Chicago quartet.