A delightful trend-in-miniature is the resurgence of vinyl as a medium. I was sadder than most when the music industry migrated over to CDs in the 1980s, and never did trust their motives for doing so. I remember how they charged “development costs” for the new medium to the artists — and charged more to the consumers — even though manufacturing a CD was cheaper than pressing a vinyl record.

In 2011, then, the arrival of a black disc with a little hole in it is a joyous occasion here at Musoscribe World Headquarters, and I’m not ashamed to admit that vinyl submission get a good bit more attention than CD-based ones. (Try as I might, digital downloads are almost-but-not-quite ignored. I’m old-school.) Here’s a look at four 7’ packages, spanning six acts and even more songs. 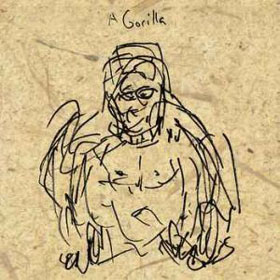 Fat History Month – “A Gorilla “ EP
Sounding like some unholy hybrid of Jonathan Richman, Violent Femmes and Black Sabbath, Fat History Month creates what one might call a hooky sludge on the EP’s title track. At their best, they serve up equal parts doom/stoner and pop ditty. The rest of the time, it’s just the former. “B” traffics in psych-folk vibe reminiscent of Pearls Before Swine before folding some distorted, squalling guitar slashing into the mix. “Heart Takes a Beating” lopes along with more of a beat, and a feel vaguely (only vaguely) recalling some of the more jagged moments on Brian Eno’s Here Come the Warm Jets. “Untitled” is a spooky lo-fi drone, engaging in what we’ll call an open relationship with the idea of properly tuning one’s instrument. All four songs are brief, so even if you don’t love one, you’re onto the next one soon enough. The 33-1/3 RPM disc is pressed on mustard-yellow vinyl and packaged in a picture sleeve that’s the visual equivalent of lo-fi. 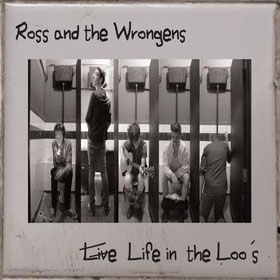 Ross and the Wrongens – Life in the Loo’s
The sole 45 RPM in the bunch, Ross and the Wrongens’ Life in the Loo’s also boasts the most lavish packaging. A full-color gatefold sleeve features the black vinyl in one pockets, and related ephemera in the other. The music is jangly pop-rock of a breezy variety: high melodic contents, top-notch production values and an overall spirited approach calls to mind the dBs. The photography and press kit aim for an edgy style, but in the end this is happy-rock. “Ba-ba-ba” harmonies find their way into romantic yet upbeat songs about love and heartbreak. “Reason 2 Live” bursts out of the gate with a memorable riff that gives way to a shimmering melody. The song is a textbook example of old-school pop at its best; in a just world it would be a hit. “Summer sun” is more of the same, in the best possible way. A tasty dueling Hammond-and-guitar instrumental break shows that’s there’s talent to burn in this group.

More seven-inchers in my next entry.