Home  »  interview   »   A Conversation with The Grip Weeds’ Kurt Reil

A Conversation with The Grip Weeds’ Kurt Reil 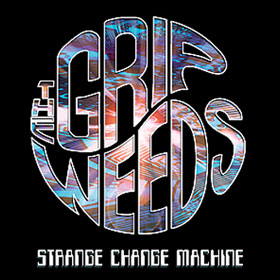 Though they prefer to think of themselves as creators of a classic-style rock’n’roll, to most ears, The Grip Weeds are carriers of a powerpop tradition. And while that alone should be enough to bring them fame, the sheer quality of their music should earn them fortune. As it is, while they maintain a successful career, the four-piece is less than a household name.

Among those in the know, however, the arrival of a new Grip Weeds album is cause for celebration. Ever since their 1994 debut House of Vibes (expanded and reissued in 2007 as House of Vibes Revisited, making a great album even better), the appearance of a new long player has also been a rare occurrence: after that debut, only three albums followed in the ensuing decade.

So it was with some delighted surprise that fans greeted the news of the group’s 2011 album Strange Change Machine: it included twenty-four tracks spread across two CDs. I ask Kurt Reil (vocals, drums, guitars, keyboards) why the Grip Weeds released a double album, and why now.

“Because we took so long between putting out Giant on the Beach [2004] and Strange Change Machine,” he explains, “we wound up with a whole batch of songs.” He also points to the fact that the House of Vibes Revisited project took more time than expected, keeping them busy. “It’s not as if we have an archive crew that goes into the vaults and does all this stuff for us,” he laughs.

Finding themselves with an embarrassment of riches – the songs on Strange Change Machine are up to the Grip Weeds’ typically high standard – the band considered some options. “We got into the mindset of, ‘Yeah, we’ll give away half of the album on the internet,’” Kurt says. But more importantly, the double-album format freed the band up a bit. “We were free to go off in a few directions, and explore more long-form presentation.” Having some ideas, approaches and styles that simply wouldn’t fit comfortably on a single album, the band used the longer format to find a home for those songs. 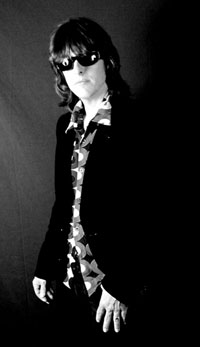 The twin sonic hallmarks of Grip Weeds music are punchy instrumentation and carefully executed and fairly intricate harmonies. There are strong echoes of Todd Rundgren’s early group Nazz on the band’s vocal arrangements; the Grip Weeds don’t always take the most obvious path when crafting vocal harmonies. “Green Room Interlude” is a showcase of this, but it’s on display throughout the album. “More than anything,” Kurt observes, “it’s a case of trying to pull out of your head a sound that you hear in your head, and make it into reality.” Kurt arranged “Green Room Interlude,” but enlisted all four band members to add vocal parts. “Having all the different voices really makes it much more dimensional,” he observes.

While Kurt plays many instruments, in the band his primary role is holding the drum chair. His stick work is always very musical; it’s rarely a case of just thumping a rhythm along; the songs always end up with a very human, organic feel. “It’s always analog,” Kurt says. “I never go anywhere near an electronic drum kit, or even any samples.” While he pauses and adds, “Never say never,” it’s clear where he’s coming from. “I usually defeat electronic kits anyway, because I play too fast,” he chuckles.

But in the end, Kurt’s goal as a drummer is singular: “I’m always looking to serve the song, not overpower it.” Since he’s also a songwriter, he brings that sensibility to bear on all of his parts. “When a write a song, I hear a soundscape – a full band sound – in my head,” he says.

Kurt’s musical inspiration comes from some perhaps-unexpected places. “I was inspired by this band Dungen, from Sweden,” he reveals. “Dungen has never been tied to the three-minute song format,” he notes. “The Grip Weeds have always been a song band. Dungen is more of an ambient group; I think they’re really good for their tone, their sound.” On “Speed of Life,” Kurt’s out-front drum part was the basis for the song. “That doesn’t usually happen; it’s usually the other way around. I’m going to have to do more of that,” he muses.

The Strange Change Machine songs are very well-layered; they’re straightforward, but there’s a lot going on in them. Often – as on “Close to the Sun” – there are multiple keyboard parts. “Live, it’s a whole different thing,” Kurt says. Lacking a keyboard player onstage, the band inventively develops different arrangements for some songs, ones that play to other strengths that the melodies possess. 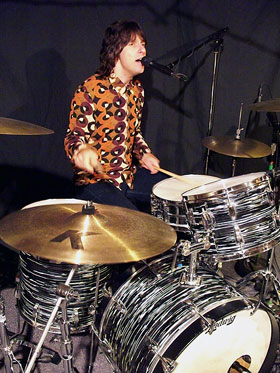 There’s an interesting pair of short tracks on the album called “Sun Ra Ga.” I tell Kurt that when listening to them, I hear the raga, but not so much the Sun Ra. He laughs and points to the pieces’ out-there, improvisational nature. “We were just jamming in the studio,” he says, “and I ran tape. Wherever it went, it went. It’s just very pure music.” There’s even an eleven-minute version of the song available for as a bonus download for purchasers of the HD version of the new album.

Powerpop – or whatever label you’d care to apply to the classicist approach the Grip Weeds use – has only rarely been a commercially successful formula. Clearly the Grip Weeds think there’s a market for the style: People like me, for example. In an age of market narrow-segmentation, online social media plays an important part in the band’s efforts to reach fans…and potential new fans. Kurt agrees that the internet makes it easier to connect with those people, but it’s a double-edged sword: “The internet wrecked the music industry. There’s no chance for fame or fortune anymore.”

As far as that powerpop tag — Kurt cites Pete Townshend’s “three-minute single on steroids” description – the Grip Weeds have always been about more than just that style. “On this album in particular, we really cover a really wide range.” The band strives to follow their own path, hoping that in being true to themselves, they’ll create something that resonates with listeners. 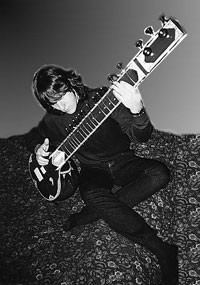 To that end, the Grip Weeds don’t record a lot of covers. That makes Strange Change Machine’s cover of Todd Rundgren’s “Hello It’s Me” even more notable. Close to a note-for-note creation, the song makes one important departure: Kristin Pinnell’s guitar takes the place of Something/Anything’s horn charts. “We were asked to cover the song by Pat DiNizio of the Smithereens,” Kurt explains. “He was doing a show about baseball for ESPN, called Seventh Inning Stretch.” Part of that program would feature Todd’s sons Rex and Randy, minor-league baseball players. DiNizio wanted the song for background ambience but the budget didn’t cover licensing fees. So the Grip Weeds re-recorded it. While the goal was to hew closely to the original, the session provided an opportunity to chance a few things they didn’t like. For example, Kurt says that he’s “not a big fan of the chick singers” on Todd’s version. He also could do without the sax and other jazzy elements. The resulting Grip Weeds track has it both ways: true to the original, yet with an indelible Grip Weeds stamp.

“What wound up happening,” Kurt notes, “is that the segment got cut from the show!” Again, the double-album format came to the rescue: this band that “didn’t do covers” could now reasonably include one on an album.

At the time of this writing, the Grip Weeds’ web site and Facebook page do not list any upcoming shows. “It costs a lot of money to go out and play out of town,” Kurt admits. “But it is really hard right now, with gas prices, and with the uncertainty of knowing how many people you’re going to draw.” He says that the band’s “days of sleeping on the floor, traveling around in a van and living on ramen noodles” are pretty well behind them. Still, he says, “If there’s a good opportunity, we’re there.” 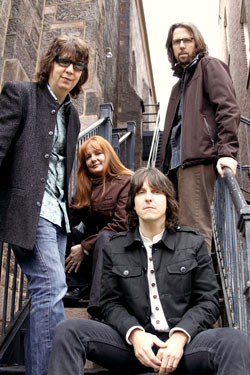 At the moment the band is busy putting the finishing touches on two other projects. “We have a live record in the can right now,” Kurt says. That CD+DVD package is slated for release in early 2012. “This live album is designed to give people a taste of what we’re like live. And a Christmas-themed Grip Weeds album will be out in time for the holidays.  “We recorded a Christmas song in 2006, and we had good success with that,” Kurt says. “Every year it comes back. And we wanted to do more. Eventually realized we could do a whole album, between originals and covers.” That project will feature special guests including The Smithereens, former Paul Revere and the Raiders lead singer Mark Lindsay, and members of the Anderson Council.

“Once we’re done with [those projects], we’re going to start on our next new album,” Kurt says. “We had about half a dozen songs left over from Strange Change Machine, so we’ll pick up from there.” If past is any indication, expect that record – no release date set — to be another essential purchase.