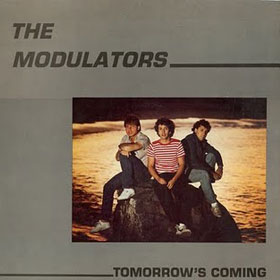 There’s a particular sonic quality peculiar to the first half of the 1980s. If you were a local or regional band on a limited budget, and you went into a studio, there was a certain sound you got. I can’t quite put my finger on it, but I know that sound well.

The band I played in 1984-86, we did mostly covers (the “letter” bands: XTC, REM, INXS, U2…you get the idea). But our guitarists wrote some pretty sturdy original tunes, and we went into a studio a couple times to cut those tracks. And it didn’t matter whether it was a big “name” studio – in our case, Axis Sound in Atlanta, where Sting cut his Brimstone and Treacle soundtrack numbers) – or a one-man operation way out in the exurbs. In both cases we got that sound. Maybe it was the heavy compression; maybe it was the way the drums were mic’d. But whatever it was, that ineffable quality imbued the tracks, and listening to them now, a reasonably informed listener would sit up straight and yell, “nineteen eighty-two!”

Which, finally, brings me to Kool Kat Musik’s reissue of a little-known record from 1984 called Tomorrow’s Coming by The Modulators. When I popped the CD into my player, I was instantly transported back to those days. The Modulators had a sound that recalls a bunch of bands I really liked at the time; some you’ll know, some you won’t: The Killer Whales, Uncle Green, The Surf, The Producers, The Raves.

As was the style of the time, The Modulators focused on writing actual songs. There was a level of quality control assumed on all tracks: there were, simply put, rules. You had to have a hook in every song; more than one hook was preferable. The vocals were mixed out front, and you sang in a way that people could understand the words (the influence of REM notwithstanding).

It must be said: a couple of lousy rules were in effect as well. Your drummer’s snare had to be run through some board effects that evoked Phil Collins’ solo work. Overall, reverb was pretty much a no-no, unless applied solely to the lead guitar; the goal was a dry, sorta-boxy aesthetic. Taking a small bit of influence from punk/new wave, in no case should your mix have a wide-open, expansive, arena-filling feel. And as mentioned earlier, the engineer had to compress the living daylights out of the finished product.

The Modulators wrote winning pop songs and played them earnestly. They were unashamed to draw upon the best straight-ahead influences of earlier decades: witness the extensive use of “ba ba ba” vocalizations on “If You Let Her Go.” But modern approaches were also employed: though an interesting drum figure is the basis of “Own Little World,” evoking warm memories of Revolver, the song still has that eighties vibe.

A trio of bonus tracks (all of which predate the original album by a couple/few years) are equally strong: though in parts it’s the millionth rewrite of The Velvet Underground’s “Sweet Jane,” the song “Kristine” sounds like it could/should have been a local hit.

Though not part of the Rickenbacker tribe – from available photos, The Modulators were Fender guys – there’s a pleasant jangle throughout Tomorrow’s Coming. If you were in – or went to see – local bands back in the early-mid eighties, a listen to Tomorrow’s Coming will take you back, and get you thinking that all the bands were this good (trust me: they weren’t).

Alas, tomorrow wasn’t coming for The Modulators; after failing to get a deal with A&M, they played around a bit more and then quietly faded away. But the members stayed in touch, and enough people had fond memories of just how good they were, so the New Jersey band reconstituted around 2009. They’ve since played the venerated International Pop Overthrow fest, a gig at Liverpool’s Cavern, and other gigs. As of this writing, they’ve got a few regional gigs lined up; details can be found on their website, which while perhaps not intentionally retro, certainly evokes memories of the mid 90s with its, well, laughable lack of aesthetics. But then you’re here (and there) for the music, right?

Tomorrow’s Coming is available from the fine folks at Kool Kat Musik, steadfast keepers of the powerpop flame.