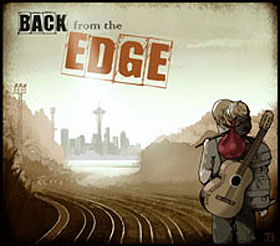 Mark Anderson – Back From the Edge (www.markandersonrocks.com) – An uncharitable reviewer looking to land a few punches might suggest that Anderson’s stylistic genre-hopping here betrays a lack of focus. I prefer to see it as a showcase for his deft ability to craft and deliver songs in a number of idioms, doing so in a clearly heartfelt manner. There’s Mellencamp-style heartland rock, riffy and harmonic 80s-ish AOR-style rock, and even barroom-styled blues with a horn section. The liner notes explain that the songs were cut in Nashville and L.A., and attentive listeners will be able to spot which-are-which. (I like the L.A. ones a bit more.) 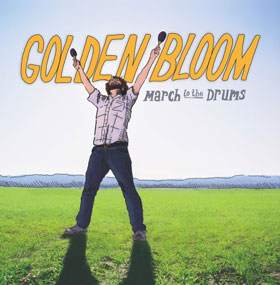 Golden Bloom – March to the Drums (www.goldenbloom.net) – The work of one guy (Shawn Fogel), Golden Bloom is a tuneful if idiosyncratic project. This disc is a carefully-assembled yet warm collection of songs. The melodies on tracks like the opener “In the Beginning” – a distant sonic cousin to The Kinks‘ “Waterloo Sunset” – will seem familiar even on first listen, and they’ll stick in your memory for awhile afterward. March to the Drums is a six-song EP, but with songs this good, who’s going to complain? 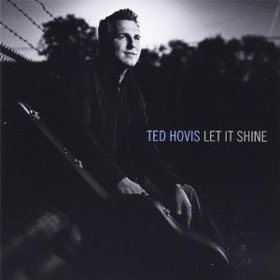 Ted Hovis – Let it Shine (www.tedhovis.com) – A collection of meat-and-potatoes rock, Let it Shine suggests that Hovis has ingested the influence of mainstream radio rock. “Pocketful” has echoes – especially in the guitar and drums – of U2‘s work. The almost-funky “Thinking Out Loud” aims for a Red Hot Chili Peppers vibe. Hovis plays a lot of instruments, but his bass work is perhaps the most interesting among them. A bit of a chameleon, Hovis’ personal style doesn’t seem quite fully-formed yet here, but it’s a promising effort nonetheless. 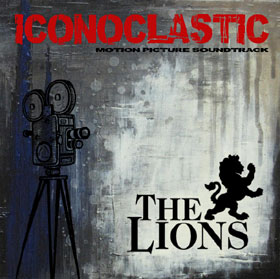 The Lions – Iconoclastic (www.thelionsrockandroll.com) – A curious release, this CD is packaged as a faux-soundtrack to a nonexistent film. That’s deceiving: these are not instrumental vignettes. Overall it’s a set of chiming, breezy, earnest and straightforward songs. The infectious “Jane, I’ve Had Too Much to Drink” sounds like a cross between the Byrds and Guided by Voices. If that comparison makes you raise your eyebrows, well, good. Patience is rewarded with this one; the songs actually improve as the album unfolds.