Yes: A History of Perpetual Change 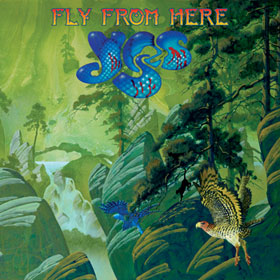 In July 2011, progressive legends Yes released Fly From Here, their 18th (or 20th, depending on how and what you count) album of studio recordings. The one thing constant with Yes has always been change: Fly From Here marks a new – yet familiar — lineup of the classic band. On the eve of the group’s 2011 North American tour, I spoke with bassist Chris Squire, the sole musician to be involved with every Yes album since the group’s start.

Casual listeners think of Jon Anderson as the primary voice of Yes across most of the band’s catalog, and rightly so. (Anderson stopped working with the band in 2008 after being diagnosed with acute respiratory failure, though he has since recovered. His latest solo album Survival & Other Stories was released in 2011.) But much of what is thought of as the Yes vocal sound is actually Chris Squire’s voice. “With Jon being the great singer that he has been over the years, there weren’t a lot of people taking much notice of my contribution vocally,” Chris agrees. “But for a muso, or anyone who pays attention to how things are put together, it’s more obvious now that he’s not there, that the Yes vocal sound hasn’t changed that much.”

Squire cedes some of that credit to new lead singer Benoît David. In addition to ably handling Anderson’s parts on the older material, Squire says that Benoît “has done a great job on the new album. He’s not trying to be Jon; he’s being himself.” In particular, he notes that “when Benoît and I sing together, we have a very good blend.” 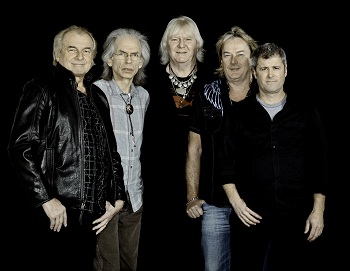 That blend of which Squire speaks is a large part of the reason that both Drama (the 1980 LP featuring Trevor Horn on lead vocals) and the 2011 album Fly From Here not only are genuine Yes, but sound and feel like it. In fact, the Yes lineup on Fly From Here is quite close to the Drama lineup: in addition to Squire and drummer Alan White, Steve Howe is on board on guitar; Geoff Downes is on keys, and Drama vocalist Trevor Horn produced the album. “Trevor does some harmonies on the new record as well,” Squire notes.

At the time of its release, Drama seemed odd to some listeners because of the involvement of  “new wavers” Trevor Horn and Geoff Downes, previously of The Buggles. “They just happened to arrive around that time,” Squire notes. “Everyone was lumped into that, and tarred with that new wave brush.” In retrospect the Buggles were closer to art rock a la Roxy Music than any sort of punk rock, and as such the combination wasn’t so unlikely. “The Buggles were very influenced by progressive rock,” Chris argues. “It was a bit of a long shot, having Trevor and Geoff come in and replace Jon and Rick Wakeman,” Squire chuckles. “It certainly opened another door for Yes. And this new album is a bit like re-forming that band.” 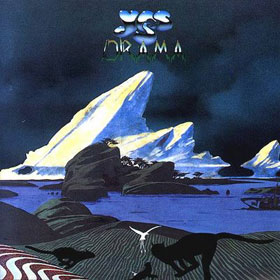 “It was always our intention back in the days of doing Drama to carry on with that particular lineup.” In some ways Fly From Here “carries on where we left off,” says Chris. The new album’s title track began its life prior to 1980, as it turns out: several pieces of the suite were composed by Horn and Downes when they were in the Buggles, and embryonic pieces of the track have appeared on the 2005 live Yes album The Word is Live and the expanded 2010 reissue of the Buggles’ Adventures in Modern Recording.

When Yes’ self-titled debut came out in 1969, Squire had no idea the group would still be making albums 42 years later. “I thought that Yes might have a six-year career,” Squire laughs. “At the time that was the visible length of the Beatles’ career; that seemed a huge career to me.” Squire pinpoints a few reasons for the band’s longevity. “We haven’t done the obvious,” he notes. He also believes the frequent personnel changes have actually helped. “It’s almost like getting blood transfusions,” he says. “Every new member who came in injected some new personality, some new interest.” 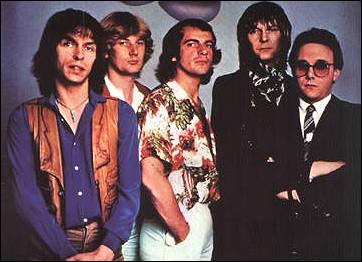 In a very real sense, the rhythm section has always been the “engine” of Yes. Through most of the band’s time together, it’s been Chris Squire and Alan White. Up until 1972, the drum throne was occupied by Bill Bruford (later of King Crimson). The ’72 change did affect the band’s approach. “What Bill and I did together was just organic,” observes Squire. “He was playing the way he wanted to play, and I was playing how I wanted to play. And it ended up becoming kind of a ‘thing.’” Squire notes that Bruford’s style was “different from most rock drummers, and gave Yes that sort of quirky feel” across the first five albums.

“When Alan came in,” Squire continues, “the adjustment was more for Alan. He had been involved in playing with John Lennon and George Harrison in a fairly simple rock way. Which, of course, is his forte.” He chuckles when he says that White had to take a lot of learning hours when “coming in and trying to copy some of Bill Bruford’s stuff on the older songs, even though he was certainly capable of doing it.”

“I was never sure it was going to work out when Alan first came in,” Squire admits. “But after awhile, he did so well that we melted into being the new engine room.” The duo will soon mark their forty-year anniversary playing together as Yes’ rhythm section.

Chris Squire’s bass playing is some of the most distinctive and influential playing in all of rock. The trebly yet thick sound of his Rickenbacker is a hallmark of the Yes sound. Though he’s closely identified with the RM1999 (a monaural version of the popular 4001) he uses a variety of bass guitars both onstage and in recording. In addition to Fender Jazz basses, he’s used Gibson SG and Les Paul four-strings. “And I have a Thunderbird that I use quite extensively,” he says. Squire also enthusiastically mentions his Meridian bass, a Martin acoustic bass, a Lakland custom and a “Tobias bass guitar that is on this new album.” The custom Tobias is a four-string with a longer neck, tuned as low as a five-string but without the latter’s wide neck. 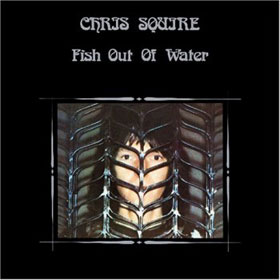 Most everyone in, formerly in, or associated with Yes has released several solo projects. But other than 1975’s Fish out of Water, Squire has stepped outside Yes only on rare occasions. He recorded a pair of albums with Billy Sherwood (a Yes member 1997-2000) as Conspiracy, and has a new project in the works. “One of the main things I’ve done recently hasn’t been released yet,” Squire says. A new collaboration with ex-Genesis guitarist Steve Hackett, the project is called Squackett. The pair has worked together at least twice before: Hackett played guitar on Squire’s album of Christmas songs (2007’s Chris Squire’s Swiss Choir), and Chris lent his bass playing to two tracks on Steve’s 2010 solo album Out of the Tunnel’s Mouth.) An official Squackett release date hasn’t been set, but Squire hopes the as-yet-untitled album “will be out by the end of 2011.” 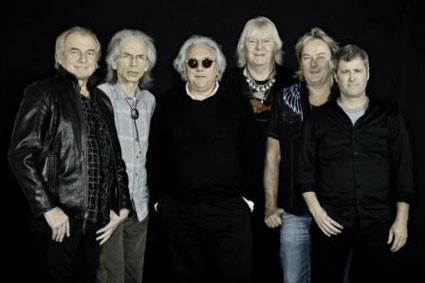 As far as a proper follow-up to Fish Out of Water, that may never happen: “Every time that I get ‘round to writing for another solo album, the material always gets hijacked,” Squire laughs. “It always ends up going somewhere else. Then I have to start again, and the same thing happens.” Squire wonders aloud, “Maybe I should leave it alone; maybe I should leave Fish Out of Water as the only solo album I ever make.” Reflecting on that record, Squire credits its success in large part to his friend Andrew Jackman: “he did all the orchestral parts. He was a very big part of why that album was so good.” 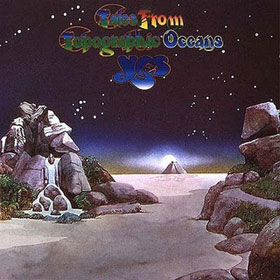 While Fly From Here does include the 24-minute-plus title suite, the album – again like Drama – is a very song-based recording. It lies in great contrast to 1973’s Tales of Topographic Oceans, a sprawling album with four lengthy songs extending across four sides of vinyl. “I knew at the time we did Tales that we were asking some of the not-so-invested fans to maybe bite off more than they could chew,” Squire believes. “I’m glad we made it, though. It’s part of the Yes history of doing odd things. And possibly it contributed to the fact that we still exist today. Because we took chances.”

The band’s history of taking chances continues with their latest album. “If Fly From Here is well-received by the general public,” Squire offers, “I’m sure we’ll be looking to do another one with the same people, and with Trevor producing.”

The full tour itinerary of Yes (co-billed with Styx) is available at http://www.yesworld.com/ywtour.html (NOTE: When that tour concluded, that link became invalid.)