In fall 2010 fall the film documentary Who Is Harry Nilsson (And Why is Everybody Talkin’ About Him)? premiered in selected cities. The film came out on DVD around the holidays, with a great deal of bonus material added. I got a chance to have a wide-ranging conversation with John Scheinfeld, the writer/director of the film. Continuing from Part Two, here’s the third and final part of that discussion.

John Scheinfeld: That’s very much the spirit that Harry Nilsson created. Even to the point that you see with his two record producers, Rick Gerard and Richard Perry. They loved the Harry that they knew back then. They are very proud of the work they did together. And they are both very unhappy with the way their working relationships ended. And it would have been very easy for them both to say, “John, I don’t want to do an interview.” To their credit, they came on camera, shared their memories, and we’re all better off for it.

You see the pain in both of them; Harry could be difficult. He could be impossible. He could do cruel things. But that was part of having a balanced portrait of this particular artist.

Bill Kopp: It’s a nuanced portrait. If it had been full of uncritical, effusive praise, I would have been bored. And it wouldn’t have rung true, because nobody’s perfect.

JS: With all of the interviews, you didn’t see anybody being all sweetness and light.  They would tell you what they admired about Harry, and then they’d tell you some story where Harry was crazy.

The thing about Harry, he didn’t do many interviews…

BK: He wouldn’t have been much help anyway!

JS: Right! I found interviews where he’d tell the same story four different ways. And you never could get at the truth. I think a lot of people are that way. Stories are spun or embellished, or you tell them in a way that makes you look better. And that is part of the challenge of being a documentary filmmaker: to get all of the voices together and then figure out where the truth is.

BK: That’s what’s good about your interviews. These stories aren’t calcified, aren’t blown out of proportion by having been told over and over again.

JS: Sometimes you catch them not-quite-prepared to answer a question. One case was with Jimmy Webb. We were talking about the Pussy Cats sessions, when Harry was talking about having blood on the microphone. He had lost his voice. Jimmy thought about it, and remembered his reaction at the time. And then he couldn’t talk about it anymore. Too emotional. That was a very human moment.

And there was another one. I don’t think he would have anticipated the question, which was, “When was the last time you saw Harry?” And then he told this beautiful story about them being in the car. So it was all right there on the surface emotionally, because, as you say, they had not answered these questions ten times before. And they didn’t know what we were going to ask. Because I never submit questions in advance.

There’s a good example of going where the truth takes you. As a Beatles fan, I had grown up with the mythology that Yoko was the dragon lady that broke up the band. And that’s not true: John was really looking for a way out. But when we started out on The U.S. vs. John Lennon, I don’t think I knew the depth — the significance — of the love affair between the two of them. We were thinking we were going elsewhere with that story, but the more time we spent with Yoko and other people in their world, the more it became so clear that the love affair had to be an important part of that film.

BK: As far as Harry’s recordings go, I imagine you did some research there as well, and found some previously unearthed gems. The film from those Gordon Jenkins sessions…I didn’t even know that existed!

JS: It never aired in this country. And the BBC special In Concert aired once over there, and that was it. The superfans knew about this before; I didn’t. Because Nilsson Schmillson was so successful, when they went into the studio for the followup album –what came Son of Schmillson – RCA asked Richard Perry and Harry, “What can we do for you?” So they decided it would be fun to pay for a documentary crew to come in and shoot them making that album. And the irony is that it was somewhat like a Let it Be situation; instead of the making of an album, you got the deterioration of an artist and his relationship with his producer.

The cameras were there a lot during the making of the album. It was never finished; there was a rough cut made some time in the 70s. We learned that the rough footage was in a salt mine in Pennsylvania! Sony was quite helpful; we got about ten minutes of raw film that was transferred. So a lot of the studio stuff — with Harry and Richard and Ringo, and a young Peter Frampton, and Klaus Voormann and Ray Cooper – came from the film that was shot for this aborted documentary.

I’ll put this one to you: there’s one extraordinary photo in this film that speaks to Beatles fans. I found this photo and said, “This has to be in the movie.” Do you know the photo I’m talking about? It’s a Polaroid, shot at the beach house in Santa Monica…

JS: Right. It’s a photo with Harry, Paul and John, and who is John talking to but Linda McCartney. And this, at a time when the prevailing knowledge was, “Oh, they’re not speaking.” So not only were they talking, they were hanging out with each other. And with Harry. He had the ability to bring all these people together.

BK: When I saw it, I wondered if it was from around the time when Paul showed up at the studio where John was, and Paul played drums. Stevie Wonder was there, Jesse Ed Davis…

JS: That’s all around this same time. The bootleg of it was called A Toot and a Snore.

JS: And “snore” is appropriate. It’s not very good.

BK: You listen to it once, and then you put it on the shelf.

JS: The media has a tendency to want to tell stories in a very simple way, to make everything black and white. Life is just not like that. So just as Yoko wasn’t the dragon lady, so true is it that John and Paul did talk to each other.

And that is one of the things that I’m very proud of about Who is Harry Nilsson: we have really textured storytelling that gets to the truth, but in an entertaining way. 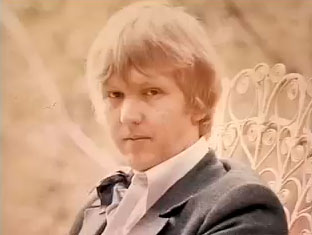 BK: Beyond a fond appreciation for Harry the man and the artist, what would you like the “takeaway” for the viewer to be?

JS: The takeaway should be this: Here’s a guy – kind of a hip artist – who’s been under the radar because his career wasn’t all that long in the scheme of things; he died young. He missed the internet age in which his work could have spread everywhere. This is an artist worth knowing. This is an artist who created an extraordinary body of work that ought to be known to more people.

I was doing a lecture on documentary filmmaking, at an east coast college. One of the questions was, “What are you working on now?” I told them about Who is Harry Nilsson. And I don’t know about you, but I’d never been in a room where a hundred people were staring at me as if to say, “What are you talking about?” The name meant nothing to them.

So I said, “He did the theme song to this wonderful movie, a song called ‘Everybody’s Talkin’.” And a few heads nodded. And then I said, “And he did this goofy little song that was a hit in the 70s called ‘Coconut.’” And more heads nodded. And I told them about this great animated film The Point. More nods. I mentioned a few more hits, and got a few more nods. And when I told them, “And he wrote ‘One is the Loneliest Number,’” almost everyone said they knew that.

And I said, “See? You know the music, but you don’t know the man.” And we hope to remedy that with the film Who is Harry Nilsson.