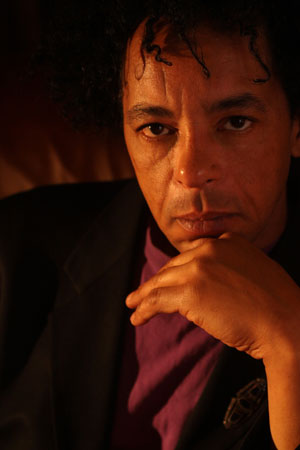 When people think of the leading lights of the New York punk/new wave scene of the 70s, Richard Hell and the Voidoids surely come to mind. And deservedly so: their pioneering approach wedded the aggressive sonic attack of punk with the more literate, sophisticated style of peers such as Patti Smith. The group didn’t last long in its original incarnation, but its members went on to spread their influence in other ways. Guitarist Ivan Julian formed The Outsets and gained notoriety (among those in the know) for his production, session and sideman work with artists including The Clash, Shriekback and others. The one thing he didn’t do until recently was release an album of music under his own name. Released in 2011, The Naked Flame is a collection of a dozen compelling, abrasive and yet catchy songs.

On some level, The Naked Flame track “A Young Man’s Money” sounds like a modern rethinking of Mose Allison‘s “Young Man Blues.” The track has a blues sensibility while not really sticking to the blues form. Julian admits that he was thinking “exactly that” when he wrote the song. “The Who album Live at Leeds came out with that song, and I’ve always thought, ‘What if I wrote a modern version of that?’ Because it’s a great song…it’s a long jam. So I didn’t want to write something that was current, but that said the same thing; that’s not what I do.” Julian says that he filters those ideas through his own.

Julian recounts an amusing story tangentially related to the song. “I actually went to Leeds Auditorium in England. And…it’s a cafeteria! I was expecting this giant hall, but it’s a room with nine-foot ceilings and a bunch of eating benches. Live at Leeds sounds so big; partially because of the Hiwatt amps they were using, so when I saw this room I said, “Are you kidding me?’”

One hallmark of The Naked Flame is lots of skronky guitar. Every song features interesting guitar textures and sounds. And every song is sonically unique, set apart form all the others. “I love to make albums like that,” Julian says. “I’m a huge fan of tone. I have a recording studio, so I could have made any kind of recorded I wanted. And I wanted this to be a rock’n’roll guitar record. There are a couple of records that come to mind as quintessential records in that sense,” Julian observes, mentioning (among others) The Rolling Stones’ Sticky Fingers. “It keeps coming at you guitar-wise,” he says. “Another one is This Year’s Model by Elvis Costello. “It’s not thought of as a guitar record,” Julian says, “but it’s a record where all of the songs sound slightly different, but they’re akin to each other.” That’s the sort of record he sought to make with The Naked Flame. 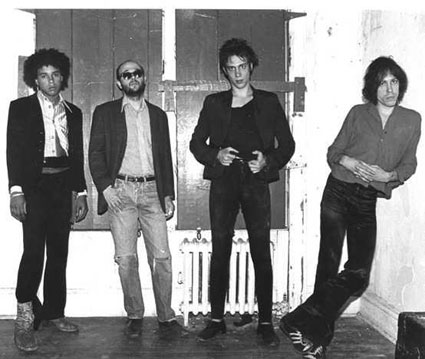 Another factor that influenced the record’s ambience was the recording schedule. “My studio was booked all the time,” Julian laughs, “So I always had to record at night, from 9pm to 9am.” Sometimes the quest for the right sound threatened to derail certain songs. “On one song, I couldn’t get the guitar sound I wanted,” Julian says. “So I ‘flew in’ the guitar part from the eight-track demo I had done for the song. And luckily it matched up.”

Julian reveals that there are different versions of The Naked Flame. “The American version of the record has been slightly remastered,” he says. “I kept butting heads with the guy who was doing it. He’d say, ‘Well, there’s static everywhere.’ And I’d say, “Well, I know that!” Julian laughs. “‘I want that!’” Thus yet another (albeit unconscious) connection to Live at Leeds, an album that famously included a note on the LP label reading, “Crackling noises ok, do not correct.” Julian speaks disdainfully of modern digital plug-ins that can make a modern recording sound “as inoffensive as a three year old.” He’s clearly having none of that.

The track “Hardwired” is most conventional, daresay commercial song on the album. It’s almost – to use an arcane expression – radio-friendly. While that might be the result, Julian says it was not his intention. “It just turned out the way it turned out. I have no friggin’ interest in being conventional, or in focusing on airplay; that’s just never been my thing.” He laughs and notes, “but I played with Matthew [Sweet], and he got airplay.” Julian says that he gathered together songs he had written recently and long ago, and asked himself, “Which of these deserves to be on this record?”