One That Should’ve Got Away

“You should’ve seen the one that got away!” Everyone knows the old fisherman’s joke about the impossibly large and hopelessly impressive fish that wriggled off the hook. It’s part of the good-natured lore of the sport to jokingly boast of a record-breaking catch that – conveniently – can’t be verified.

Music has its own variation on that. And sometimes it’s at odds with another proud tradition: audience taping. The latter is a subject near and dear to my own heart. As a young Beatles fan in the 1970s, my insatiable hunger for more-more-more Beatles music quickly led to my discovery of bootlegs. Session tapes, outtakes, live recordings, whatever: the sonic quality was less important than (a) the content and (b) the fact that it existed at all.

Some musicians have taken strong exception to the practice of audience taping of shows. (Porcupine Tree‘s Steven Wilson offered his own take on the subject in a recent interview with me.) Robert Fripp (King Crimson) ranks as the most vocal and articulate spokesperson putting forth the anti-taping argument. He set out his viewpoint decades ago in an op-ed piece for Musician magazine (ironically, that op-ed was reproduced on the back cover of a vinyl King Crimson bootleg, which is how I came to read it). At the risk of mangling his point by paraphrasing, Fripp argued that a live concert is a unique experience, a relationship, a contract if you will, between performer and audient (his somewhat arcane – if technically correct — use of the singular form of audience always struck me as idiosyncratic, but then, that’s Fripp for ya). He argued that the act of recording the performance – or of taking photographs, for that matter – would break the relationship. There are stories of his having stopped shows so that tapers and/or photographers could be, er, removed.

I saw Cat Power in concert a few years back; while I don’t especially “get” her music – it’s okay but something short of life-changing – the show was enjoyable enough. But apparently Ms. Chan Marshall has a thing about cameras; to that end, she dispatched goons out into the crowd to, shall we say, stop anyone from taking photos. Well, allrighty then.

Strictly speaking, both Fripp and Marshall are on solid ground: purchase of a concert ticket does not confer the right upon an audience member to make a recording of the show. But setting that legalistic argument aside, I do have a bit of sympathy for their point of view. There’s something to be said for enjoying the show and taking away only a memory of it.

Recent events have caused me to develop a bit more understanding of the performance-as-relationship argument. (Not enough that I’ll be setting my several hundred Pink Floyd audience recordings out by the curb, so don’t come looking for them.) When a band delivers a performance, all sorts of factors come together to create the thing-as-a-whole that is experienced by each member of the audience. The lighting (or lack thereof) in the venue. The room’s ambience (or, again, its lack). The visual interaction between the individual players, and between the players and the audience. The way the singer moves while he delivers a line. The way the bartender might chuckle silently to himself at a bit of the guitarist’s between-song banter, said chuckle caught only by the peripheral vision of someone in the crowd. All of these things – some of them subtle almost to the point of imperceptibility – factor into what an audience member processes as “the show.” 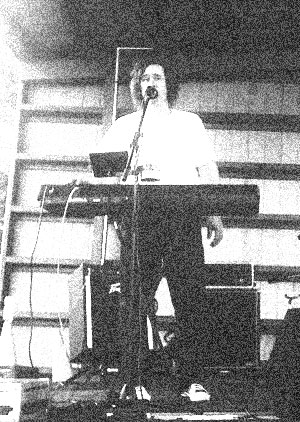 Add to that the varying amounts of attitude lubrication applied via alcohol, amorous attention directed at a fellow audience member (or, if we’re lucky, toward someone in the band), or perhaps even some illicit substances. Those factors play a part in one’s perception, in one’s personal how-was-the-show verdict.

Consider now the digital recording device set in the back of the room and pointed at the stage. It captures little if any of this. It’s a clinical, unforgiving device. It captures the notes and the spaces between the notes in 44100 Hz, 16-bit stereo. In short, it documents the facts of the performance, but fails to capture its truth.

When most bands play a gig, there are mistakes. Missed cues, forgotten lines, late delivery, fumbled fingers. Notes played and/or sung slightly off-key. Even for a band that’s well-rehearsed, bum notes are – for most acts – a fact of life. It’s true, too, that at times the mistakes of one player can throw another off of his or her game just enough to cause a musical train wreck. In rock’n’roll, there are a few bands legendary for their sloppy performances: The Rolling Stones, The Faces and The Replacements are among the most oft-named in this category. In their cases, some people loved them precisely because of their shambolic and unpredictable stage presence.

In general, of course, that’s not what people pay their money to see or hear; they want a good performance. Not a clinical playback of the studio versions (or original versions if we’re talking about a cover band), but something reasonably tight. And for most audience members (musicians significantly excepted), “tight” generally means that the band starts and finishes a song together. What happens in between is less of consequence.

It’s also true that when you’re on the stage, you hear and perceive things differently than you would as a (mere) audience member. If, say, you’re the drummer, and the bass player misses a note, you’ll note its absence. In most bands, the rhythm section must effectively act as one, so a “clam” (mistake) by one can throw the other off his/her game. But as much as some musicians might argue otherwise, the typical audience member is quite unaware of (and equally unconcerned about) all of this.

Speaking for myself – and I’m no more than a humble player of modest ability who plays solely in cover bands – over the years I’ve played in some dysfunctional bands. There have been some truly weird relationships, ones that would make 70s era Fleetwood Mac blush. There have been issues with certain members overindulging in drink, drugs or both. There has been mental instability, silent-treatment, even a fistfight onstage one time. (That last incident was in 1985, when a drummer invited both his wife and girlfriend to the gig. Bad idea.) But in the end, it’s about the music.

For the musician who values a good performance, there are things that can be learned from a careful listen to a show’s recording. But one has to be careful not to place too much stock in that cold, digital device: because so many of the elements that go into a show are ineffable, the recorder preserves – ultimately, for better and worse – only the facts, leaving the more important truth to the mists of memory.

Perhaps in the end it’s sometimes better to reminisce about the time the recorder’s batteries ran out, that time that the best show we ever played got away.