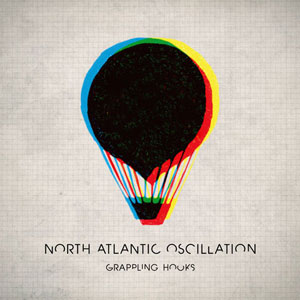 Much of what passes for “modern rock” these days is pretty weak tea. The majority of bands working in that 21st century idiom draw inspiration (and I use that word very loosely) from ultimately pedestrian AOR acts like Bon Jovi. These aggregations of tattooed faux bad-boys channel their ersatz anger into by-the-numbers rock that fails to say or do anything new.

At the other end of the spectrum (well, perhaps on another point upon the curve) are the post-emo hipsters, running with that Civil War re-enactor vibe (albeit without the period uniforms). At least their music can be interesting.

All this is not to put forth the tired (and fully discredited) argument that there’s nothing good happening musically in 2011. Nothing could be farther from the truth. Artists established and new are always looking for ways to push the boundaries, create something new (or newish), and/or to synthesize previously unconnected strains of music into something fresh and new. And at its best, this sort of creative musical activity doesn’t always draw on the tried-and-true for its inspiration (the real kind).

North Atlantic Oscillation is a case in point. A Scottish outfit, they sound no more a product of their homeland than do, say, Teenage Fanclub. Their press kit ticks off some influences outside the mainstream, suggesting that – like all significant artists before them – they are first and foremost fans of the rock idiom. In their music as presented on their debut album Grappling Hooks, NAO conjures up a sound that has at least three touchstones.

First, the exploding, propulsive and highly dynamic drum patterns suggest a Flaming Lips influence. The Lips’ Steven Drozd did quite a lot to redefine that group’s sonic attach by incorporating his bright and busy yet subtle drumming, and North Atlantic Oscillation’s Ben Martin heads for similar sonic territory with his approach to beats and percussion. True, there are places on the record where the beat completely disappears, but that lack of a beat is merely a tool, a means to make the return of the drumbeat that much more of an event.

Another point of reference is Radiohead. North Atlantic Oscillation crafts soundscapes atop those beats, and applies washes of gurgling synthesizer to the mix. There are plenty of vocals on Grappling Hooks, but often as not they exist as an instrument, as part of the overall sound, rather than a means to deliver a story or whatnot.

But there’s a decidedly modern (in a good way) vibe to the songs, suggesting an approach not all that removed from, say, thenewno2. That the songs were built in large part on laptops rather than in a rehearsal studio may go toward explaining this. The breakbeats and insistent repeating of hooks (heavily effects-laden guitars, the aforementioned synths and all manner of other keyboard sounds) make Grappling Hooks almost a rave experience.

Highlights abound, but tracks like “Audioplastic” will lodge themselves in the listener’s memory for a long time. Grappling Hooks is rightly considered a headphone album thanks to the rich sonic palette employed, but it’s also the sort of disc best suited to cranking way up on a good set of speakers. NAO is a duo (expanded to a trio for live dates) but their sound is so full that they don’t sound like it. And while their sound is carefully crafted, the music on Grappling Hooks isn’t of the “precious studio rat” variety. On “Alexanderplatz” Sam Healy goes for an Elliot Smith sort of vocal, but weds it to an epic-sounding arrangement that rocks. It’s tough to pick the best track on Grappling Hooks, but “77 Hours” is a strong contender for that honor. It’s an effective melding of all the previously mentioned qualities, all in service of a fetching melody.

For modern music with modern antecedents, you can’t do much better these days than North Atlantic Oscillation’s Grappling Hooks.