Pink Floyd‘s founder Roger Keith “Syd” Barrett would have turned 65 today. In honor of the man and his music, here are selected relevant excerpts from a long critical essay I wrote for Trouser Press some years ago. — bk

From the group’s radical beginnings in the London underground scene of the mid 1960s to the inevitable late-’80s and mid-’90s tours, the spacey Pink Floyd has had it both ways: challenging expectations and delivering more of the same, often on a single album. With merely one change in lineup during the group’s primary lifespan (1966–’79), Floyd made an indelible mark on psychedelic, progressive and hard rock. Working well outside the musical mainstream, and rarely (with a few notable exceptions) bowing to trends, Pink Floyd turned out a body of work that quietly influenced countless other groups and shifted many millions of units. To the uninitiated, this is the group that made Dark Side of the Moon and The Wall, but their work offers rewards far beyond those two albums. 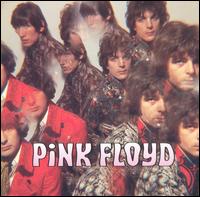 There were precious few hints on Piper at the Gates of Dawn of what the future would hold. The debut bore the unmistakable imprint of the group’s leader, visionary Roger Keith “Syd” Barrett. His particularly English tales of whimsy pushed the boundaries of what was, in 1967, acceptable subject matter for pop songs. Refreshingly free of the constraints of conventional structure and meter, Barrett’s tunes held a childlike wonder laced(!) with menace. Highlights include “Lucifer Sam” (about a cat), “Bike” (about a bicycle), “Scarecrow” (guess!) and the extended freakout “Interstellar Overdrive.” This last cut—a prototype of the group’s “space rock”—was nearly the only instance where the studio version of the early Floyd bore any sonic resemblance to its live incarnation. This debut album was in and of its time, but has aged reasonably well; certainly better than many other artifacts of the psychedelic era. 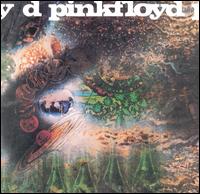 A few weeks into the recording of 1968’s A Saucerful of Secrets, Barrett was gone. Whether it was his incipient schizophrenia, the copious intake of psychedelics or (most likely) their potent combination, Syd was forced out of the band he had created by the more business-minded members, chief among them bassist Roger Waters. His replacement, David Gilmour, was originally intended as a stand-in for the erratic leader (and in fact the group played a handful of gigs as a five-piece); the clear goal for A Saucerful of Secrets was to write a bunch of Syd-like tunes. Waters gamely penned or co-wrote three of the seven tracks; keyboardist Rick Wright wrote and sang two. Much of the album is filler, but the standout tracks offered a vivid portent. The dark and foreboding “Set the Controls for the Heart of the Sun” was an early example of the whisper-to-a-scream (literally) school of songcraft, and the wordless title track offered nearly twelve minutes of madness, veering from musique concrète, ersatz choirs and plain old noise in its distinct movements. In all, pretty innovative stuff, even for 1968. 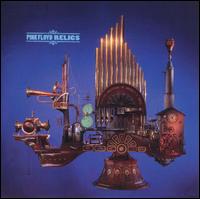 The Relics compilation doesn’t fit neatly into the group’s corpus. A few tracks are from previous albums, but it’s certainly no greatest hits, since Floyd was never a singles band. It does boast a few non-album singles (the brilliant psych-pop of the Barrett-era “See Emily Play” and the group’s first single, “Arnold Layne”) and the endearingly oddball “Biding My Time,” possibly the most un-Pink Floyd-sounding song the group ever committed to tape. Required listening for those wishing to fully understand the group, Relics is of little import to the less committed devotee. 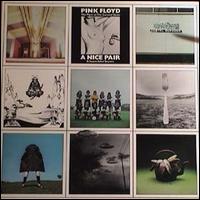 In the wake of Dark Side of the Moon, Capitol/EMI rush-released A Nice Pair, a sloppy pairing of a butchered UK version of Piper at the Gates of Dawn with A Saucerful of Secrets. Still, given the rarity of those albums prior to their reissue on CD, this was for many years the only practical way for American fans to get the Barrett-era material.

The full essay — covering all of Pink Floyd’s albums — is here.