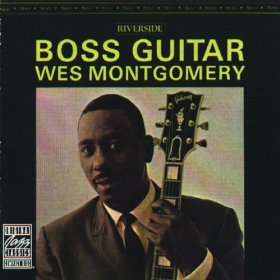 Let’s face facts: making music is a commercial endeavor. And don’t let any musician tell you different; if they do, they’re either starving for their art (perhaps literally) or in possession of a financial situation such that financial considerations are a minor issue.

Since the beginning of music as a component of popular culture — i.e. since longer ago than I or you, dear reader, can recall firsthand – musicians have sought the Next Big Thing. They have done so for reasons all along the spectrum that has purely commercial gain at one end and aesthetic considerations at the other. True, sometimes it’s more about pushing the boundaries, or finding a heretofore unexplored hybrid. But more often it’s down to getting ahead of the what’s-hot curve.

Sometimes, not even that. Sometimes it’s no more than bandwagon-jumping that’s going on. Every era has had it. Remember the 90s with its overused pop music tropes? Duets (everybody did those), unplugged (ditto) and the inevitable standards album (I’m looking at you, Rod Stewart). Hell, Pat Boone made a metal album; don’t tell me that was about musical exploration.

In the 50s and 60s, one of the big trends that musicians (and labels) followed was space-age bachelor pad music (and its close relative, exotica). Making full – and often gratuitous – use of the stereo spectrum, these records by Esquivel, Martin Denny and a host of others remain dated, kitschy fun.

The other big trend was (of course) bossa nova. Anything with that south of the border vibe was big. And while there were plenty of insipid bandwagon-jumping efforts in that vein (the usually dependable Frank Sinatra’s weak collaboration with Antonio Carlos Jobim is one, I’d argue), some artists came by their interest in bossa nova honestly.

Chief among these is jazz guitarist Wes Montgomery. Already at the top of his game by the time he recorded and released the punningly-titled Boss Guitar in 1963, Montgomery’s clear and sonorous style was ideally suited for incorporating bossa nova into contemporary jazz. His lyrical playing danced around the melodies of the songs he recorded. On Boss Guitar Montgomery and his sidemen (Mel Rhyne on B-3 and drummer Jimmy Cobb) turned out six well-chosen covers and two Montgomery originals.

“Besame Mucho” – known to I Love Lucy fans and those (like me) who attended endless midnight screenings of the Beatles’ Let it Be – is all but reinvented by Montgomery on Boss Guitar. And significantly, although the record is credited to the guitarist, Rhyne’s B-3 is the centerpiece of the song; Montgomery seems to have been an intuitively democratic player.

Though its title is far from the South American vibe, “Canadian Summer” is the set’s other highlight (though Boss Guitar is a consistently fine album). Rather than appropriate a style (or bend his own to fit it), throughout the album Montgomery seamlessly weds his own guitar and arrangement approach to bossa nova. The marriage is ultimately a subtle one: the beats are there, certainly, but this is a kitsch-free listening experience. I’d daresay that listeners who don’t find much of interest in bossa nova will still find Boss Guitar a thoroughly engaging experience.

Concord’s 2010 reissue of this historic album includes three alternate takes, including the first take of “Fried Pies.” And one can never get enough of “Fried Pies.” Perhaps not ranking among the most essential of Montgomery’s releases, Boss Guitar is nevertheless an enjoyable listen that continues to reveal its charms on successive spins.