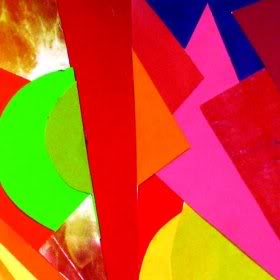 If one wishes to maintain an open mind about music — or any of the arts, for that matter — one must be receptive to influences from a wide variety of sources. With that in mind I try to listen to anything my 17-year-old son thinks worth my time. His taste is quite varied, spanning the gamut from Cole Porter and Johnny Mathis to Wolfmother. And plenty in between.

He digs a lot more of the modern synthetic/sampled/chopped/channeled sounds than do I, but since he knows my general likes and dislikes, he generally only suggests music he thinks I have a fair chance of appreciating. Over the last few months I’ve developed a tolerance (but little more) for Arcade Fire, but I like it more when he spins his vinyl of Pet Sounds.

Some months ago he turned me on to a vinyl LP by Neon Indian. Classified as “psychedelic indie dance,” that’s about right. What hooked me about this band was the same thing that impressed me about Ice-T on his groundbreaking opus O.G. Original Gangster: the deft and knowing use of samples and loops from outside sources. But merely taking other stuff and re-purposing it is not enough: the resulting product needs ot stand on its own as something new. So where Ice-T appropriated the riff from “Black Sabbath” into his own “Midnight,” so do Neon Indian work in samples from a wide variety of sources. 1970s AM radio pop, the Doobie Brothers, and others. The group’s use of Todd Rundgren‘s “Izzat Love” for their own “Deadbeat Summer” is an expert example of musical re-purposing.

“Terminally Chill” is built around La Bionda‘s “You’re So Fine” but actually sounds more like it used bits of Captain and Tennille‘s “Love Will Keep Us Together.” Nothing here quite reaches the brilliance of like-minded Atlas Sound‘s recasting of the Dovers’ transcendent obscurity “What Am I Going to Do” into a new track called “Walkabout,” but it’s all interesting and enjoyable, and bears repeated listening.

Neon Indian’s LP Psychic Chasms has itself been retitled and re-purposed on an expanded CD release called Mind Ctrl: Psychic Chasms Possessed. It includes the vinyl’s twelve tracks and appends to that nine more tracks. The bonus tracks are remixes from the likes of Toro y Moi, and continue to push the limits of musical reuse. Almost the remix equivalent of a game of telephone, the remixes largely succeed at making the songs into something else again. It will be interesting to see and hear where Neon Indian take things going forward.