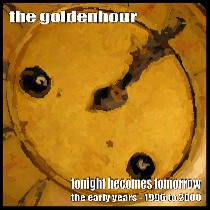 This internet thing, it’s interesting. Time was — when I was growing up, to take the most handy example — if you were a fan of a certain subgenre of musical called powerpop, you were largely on your own. Living in a big city in the 70s and 80s might have made it easier than it would have been if you, say, grew up in a one-stoplight town, but the fact remained that the music was decidedly unfashionable. With the odd exception, powerpop bubbled under on the charts and the radio. So if you found a connection with the music, it was a solitary experience.

Liking powerpop was not at all like being a member of the Kiss Army. You didn’t have a bunch of friends with whom you could share the anticipation of an upcoming release from The Records or Squeeze.

The internet changed all of that to a degree. Not to prattle on endlessly about social networking and whatnot — it’s a shopworn subject — but social media and its antecedents (Usenet etc.) offered a virtual means for like-minded people to form affinity groups. Not wholly dissimilar to fan clubs of the 60s, these affinity groups provided an opportunity for those with similar interests and concerns to connect with one another. And that sort of thing — even for, no, especially for someone like this writer who isn’t an especially social animal — helps provide the reinforcement needed to keep those interests alive.

It’s admittedly easier to sustain one’s interest in an esoteric subject when other people tell you, essentially, “Yeah, you’re on the right track; you’ve got something there.” Even better, these affinity groups allow this sort of message to be shared: “You like that? Well, I bet you’ll dig this too. Check it out.”

Speaking for myself, through Facebook (yeah, Facebook) I too have managed to fall in with a group of like-minded souls who really dig the powerpop stuff. Good thing, too: there simply are not that many people with whom I come into regular contact who have any sort of interest in powerpop. Through this interaction, I’ve stumbled on to music I would have otherwise missed. And I’m discovering that one reliable source for the stuff is a label called Kool Kat Musik.

Throughout the years, a few small labels have championed this oft-maligned and/or –dismissed genre of powerpop. Jordan Oakes‘ legendary Yellow Pills series kept the flame alive in the 1990s, collecting otherwise-unheard cuts from a wide variety of artists. Bruce Brodeen‘s Not Lame! Label did the same until very recently (word has it that the label won’t be releasing further product). Even in the face of the download culture, a few labels are managing to keep things going. Kool Kat is one of these.

One of the latest offerings from the label is an odds-and-sods compilation from The Goldenhour. This Glaswegian quintet has been releasing its brand of high-energy rock on a variety of labels since 1998. Like their countrymen Teenage Fanclub, the Goldenhour draw inspiration form the rave-up end of the 60s rock spectrum, with healthy elements of post-60s influences thrown in.

A swirling organ figures its way subtly but powerfully into many Goldenhour tracks, giving the group a sound a bit like Inspiral Carpets. Packing plenty of Who-like punch in their songs as well, the Goldenhour can swagger like the Stone Roses one moment, and kick it out like the Small Faces the next.

But despite all the benefits of social networking, the Goldenhour toil in relative obscurity. With two albums to their credit (2003’s Beyond the Beyond and the 2005 long-player Always in the Now) the band has jumped from label to label. Now Kool Kat Musik has collected fifteen tracks — some dating back nearly fifteen years — on Tonight Becomes Tomorrow: The Early Years 1996 to 2000.

The tracks on Tonight Becomes Tomorrow consist primarily of`previously unreleased material, with a handful of compilation-only cuts, alternate takes and radio broadcasts. But one should not assume that this material is somehow of a lesser sonic quality than a proper release. Those unfamiliar with the Goldenhour’s catalog — in other words, damn near everybody — won’t discern anything on this set that marks it as anything other than a fine collection of songs.

The musical highlights on Tonight Becomes Tomorrow are so plentiful that singling out a few songs for praise does injustice to the remaining tracks. But here goes: even though Neil Sturgeon‘s raspy vocals add a delightful texture to the group’s songs, the amazing instrumental workout “The Network” is an exciting in-you-face raver. “I Happen to Love You” is one of only two covers on the set, but this Goffin/King number — best known as an Electric Prunes track — jumps out of the speakers, full of texture and thrills.

But there’s nary a weak track on the disc. For powerpop fans, just throwing the label out there — if the thrower has credibility, of course — is generally enough to pique interest in further investigation. So I’m throwing out The Goldenhour’s Tonight Becomes Tomorrow. Catch it and you won’t be disappointed.

This title is available exclusively from Kool Kat Musik.