Day of the Remains, Part Four

In the years after the Remains, Barry Tashian began a move toward sounds beyond rock’n’roll. “I played in clubs around Los Angeles for most of 1967 and early 1968. It was an R&B band, with some of the International Submarine Band (Gram Parsons’ group), and Bobby Keys,” (later sax player for the Rolling Stones). He recalls that they played “Stax material such as Otis Redding, Sam and Dave, and Eddie Floyd. This was a new thing for me. I was copping Steve Cropper licks. The other half of my learning was in country and blues. I was soaking up records that I had never heard, by anyone and everyone that I could: George Jones, Hank Williams, Lowell Fulson and Elmore James. I was not very prolific making records or writing at that time, but I was learning a lot about life and playing the guitar.” 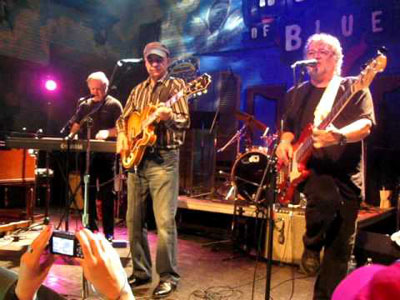 Tashian recalls that by early ’68, that group was “in the process of disbanding, and I was part of a new ‘bar band’ that we formed called The Flying Burrito Bros. We played in clubs around Los Angeles for about a year. That was the original Burritos.” Though there are no officially-available recorded evidence of his time with the group, “I have a few home tapes,” he reveals. Asked if that material has ever been considered for release, he shakes his head. “It’s not fit to be licensed, really. It’s just a bunch of guys jamming around in the living room, not really playing any complete songs. The only record I’m on with Gram is G.P. (1973), and that’s from after the Burritos.”

Remains keyboardist Bill Briggs was also in Los Angeles at the time and was involved in many of the same projects as Tashian. Bassist Vern Miller recalls that he “did not stay in L.A. very long after The Beatles’ tour. I came back east shortly after The Remains broke up began playing in a band named Crow.” That band’s lead singer was a young Donna Summer.

The 2007 film Superbad featured The Remains’ Why Do I Cry,” and as a result Tashian finally enjoyed some significant royalties from the more than 40-year-old song. “I was lucky,” he says. “I got the publishing rights back from the New York publisher, but it took a few years before that happened. It’s nice to be 61 and get a taste of some of that kind of money.” He mentions that the song was included on a Wal-mart-only soundtrack CD packaged with the DVD. “And they paid in advance for quite a large number of units. So put those two together, and that was the best year in show business I ever had in the music business, as far as income goes!” 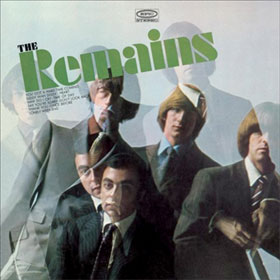 The Remains (the four original members, including Chip Damiani on drums) did attempt a reunion in the 1970s. But, says Tashian, “we weren’t ready.”

But eventually the Remains again bowed to fan demands and reunited for a show. “I was ready this time, and everybody else was too. I think it was 1998,” he recalls. “That was when we got a call from Spain. So I called the guys. They were ready to go, and I was ready to go, and everything was copasetic. So we did the show [Purple Weekend Festival in Léon] in Spain, and it went over really well. That spawned a gig in New York a couple of months later: the Cavestomp.”

In 2002 the reunited Remains recorded an album – officially their second – titled Movin’ On. Tashian muses, “It’s a mystery why we did it. All I know is that the time was finally right. It was in us and it had to come out.”

Tashian continues the latter-day chronology of the band. “Since then, every year we’ve played a concert once or twice a year, which is enough. And we did Berlin, Barcelona, Paris, The Garorock Festival in Bordeaux, and London in a 10-day run. And that was so much fun. It was a dream come true for the band. And other than that we played in Boston, New York, a wedding in Chapel Hill, Las Vegas at the Grind, and then in Los Angeles.”

In early 2009 the Remains played the legendary Ponderosa Stomp Festival in New Orleans. “We had to follow Dale Hawkins and James Burton,” Tashian marvels. “It was the best swamp-rock band I ever heard.” He says that Ira Padnos, the Stomp founder and organizer is “like a saint” for his efforts to give underappreciated artists their due. He says that the Ponderosa Stomp is “a pretty intense experience, and I was very inspired by the trip to New Orleans. We were already riding high, because of the film America’s Lost Band.”