Day of the Remains, Part Two

Remains manager John Kurland was soon instrumental in a lineup change. Drummer Chip Damiani left the group right before they went on a cross-country tour with the Beatles, and Kurland found a replacement drummer in N.D. (Norman) Smart. “I think he was seventeen years old,” Barry Tashian recalls. “And there was no audition or anything. He just knocked on our door one day.” After the Remains, Smart would go on to play with mime-rockers The Hello People, and Todd Rundgren. 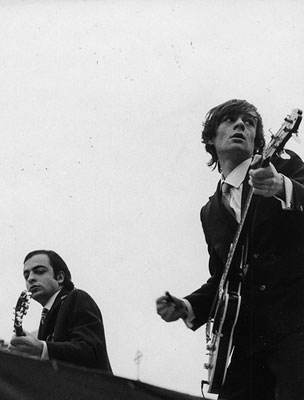 Tashian continues, “We told Epic records that we didn’t like the way our records sounded when we recorded; we wanted a grittier sound. Bob Morgan said, ‘Well, go to Nashville. You know, they know how to get gritty sounds down there!’ So we drove down there in our Econoline van. When we arrived, we poured out of the van, went into the hotel and sat in the lobby for awhile. Eventually our producer showed up to help us check into the hotel, because we didn’t know anything about that. And [that producer] turned out to be Billy Sherrill, the legendary producer of country and western and more. I mean, he produced Ray Charles!”

Tashian says that the group “got our best-sounding sides cut” in Nashville. “We cut in a studio that was originally built by Owen Bradley. It was the Quonset Hut, the first studio on Music Row. Columbia Records had purchased that studio. A lot of great records were made there: Everly Brothers, Brenda Lee, Johnny Cash.”

Though Tashian wrote several songs for the group, including the immortal “Why Do I Cry,” the most well-known Remains tune – included on the original Nuggets compilation — would come from an outside writer. Tashian explains how the band came to record “Don’t Look Back” by Billy Vera. “Before we went to Nashville, Billy Vera came to New York to meet us and to do some other things. And we cut one song in New York with Billy which was a song called “You Got a Hard Time Coming.” While Billy was in New York he took us to his friend Al Gallico, the music publisher. And Al Gallico was given some acetates and demos…just two or three. I still have ’em. And one of them was Billy Vera doing ‘Don’t Look Back.’ And it’s really very different from how the Remains would do it.  And out of that batch that was the one song we ended up recording much later, back in New York. I think it was one of the last recording sessions we had.” 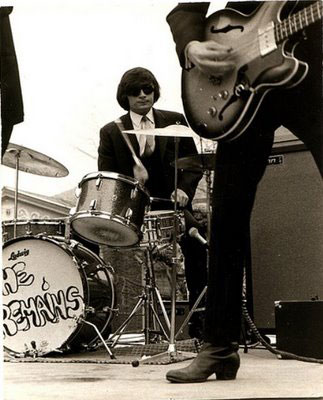 Surprisingly, Tashian wasn’t even aware of the Nuggets album (released in 1972) when it came out. “I wasn’t paying attention at all,” he says. But he expresses pleasure with the expanded (4CD) re-release: “They added ‘Why Do I Cry.’” As a songwriter, Tashian actually made some money from royalties when the Nuggets box sold well.

Remains bassist Vern Miller explains how the relatively-unknown group ended up on a tour with the biggest band in the world. “Bob Bonus was very involved in the organization and logistics of the 1966 tour. He came to us one day and just said, ‘How would you guys like to be the opening act on The Beatles’ tour?’” It was as simple as that. “While we had vowed never to be an ‘opener’ for anyone,” Miller says, “we jokingly — but wisely — made an exception in this case.”

The Remains toured with the Beatles, but on those dates they didn’t simply play their own set. They served as the backing band for fellow travelers Bobby Hebb and the (Ronnie Spector-less) Ronettes. Asked how much preparation the Remains had for those sets, Tashian laughs. “Bobby Hebb rehearsed with us in New York. Once. At the top of the Steinway Building on 59th street there’s a big studio with Oriental carpets; it’s  beautiful, like a concert hall. That’s where we set up and rehearsed with Bobby. We never did rehearse with the Ronettes until Chicago. There, we set up on stage for the gig the day before the show, and they came in and ran their songs one time.”

Subjected to primitive PA gear, the Beatles turned to their opening act for help. Tashian says that The Remains’ sound man Bill Handley was “really a cutting-edge sound engineer.” Handley had wanted to go on the tour, but “of course there was no provision for his being paid or anything. So,” Tashian recalls, “he said, ‘I don’t care. I’m gonna come out there anyway!’ He drove from Medford Massachusetts to Chicago [1000 miles / 1600km], loaded in — unannounced, uninvited — and put all his good stuff in. Because he had great equipment.” Prior to that, the acts were using PA designed for cattle auctions and worse. “Our vocals would be three or four seconds behind the music!” Tashian laughs. 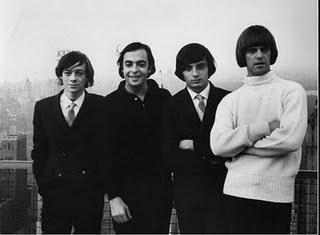 Tashian’s book Ticket to Ride documents much of the tour. “So that’s how it started, with the union guy saying ‘whose equipment is this? You gotta use the house system!’ And Beatles manager Brian Epstein came out and said, ‘no, we’re going to use this stuff.’ And then he hired Bill Handley to come along on the tour for everything east of the Mississippi. Bill would just shore up and jury-rig whatever he could at every venue to make the effect, and set up monitors if he could, or do whatever he could do.” Tashian refers to photos in his book that show the performance stage set up on second base of a baseball diamond. “They just had these Voice of the Theater speakers kind of tilted back towards the grandstands, so sometimes Bill just turned one of those around” to use as a rudimentary stage monitor.

On the tour dates, the audience screaming started long before the Beatles ever took the stage. Tashian laughs and notes that “the only reason that really happened was because we were first. And everyone was so excited that ‘the show’s underway…oh boy!’ We’d get into the swing of things, and then later on as the Cyrkle and the Ronettes and Bobby Hebb did sets, it kind of calmed down. ‘When are the Beatles coming on?’ and that kind of thing. Though the first act on was kind of low on the totem pole, I think in this case it was really kind of a privileged position.”