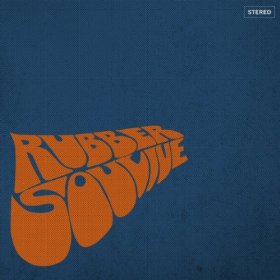 At this desk, the arrival of a tribute album is greeted with a great deal of skepticism. The whole concept of a tribute album is fraught with peril on all sides. If the featured act or acts hew too closely to the original arrangements, then what are they offering beyond cover versions? And if they reinterpret the works too liberally, they run the risk of subverting that which was special about the original music.

And if the artist being covered is one of the stature of the Beatles, well, then there’s the whole issue of sacrilege. Don’t mess up my Beatles, man.

So it was with those thoughts in mind that I received the latest album from Soulive, Rubber Soulive. My skepticism was ratcheted up a few notches furthur (heh) when I discovered that the trio has fans on the jam band circuit. Here’s the thing: I. Hate. Jam. Bands. Years ago I coined the term jamwankery, a self-explanatory word that sums up what for me is the primary motivation of players plying that trade. Okay, dudes: it may bring you joy, but I don’t want to see or hear you doing it.

But the promo blurb for Rubber Soulive had suggested to me the possibility that something different was afoot. And alas, it is. On Rubber Soulive the trio takes a sonic approach of classic soul groups like Booker T & the MGs and the Bar-Kays. Their sound is one that will be welcomed by anyone who enjoys The New Mastersounds and/or the City Champs.

Rather than being — like Booker T & the MGs’ McLemore Avenue — a soul reworking of a single Beatles album (as the title implies), Rubber Soulive picks and chooses from the Beatles catalog.

The instrumental trio presents “Drive My Car” as a duet of sorts. Neal Evans‘ gurgling B3 handles the verses, and Eric Krasno‘s jazzy electric guitar takes the choruses and a tasty solo. The bass work is just the right amount of busy, yet it’s all done with organ pedals. Impressive. The organ takes a solo toward the end of the track.

George Harrison‘s “Taxman” works well recast as a soul joint. The heavily Leslie’d organ takes the role of the response vocal. But the melody here is used primarily as a jumping-off point for some soloing. A fast and snaky guitar solo trades off with the organ, and Alan Evans‘ splashy drums propel things forward.

John Lennon‘s ballad “In My Life” might not seem an obvious choice for this project. Here the band sounds the most like the Memphis Group, and the guitar sounds out single notes to recreate the vocal melody line. The band’s just-forceful-enough restating of the opening riff makes the song without destroying the vibe. A note-perfect organ recreation of George Martin‘s double-speed piano solo is a delight.

Soulive takes a different approach on “Eleanor Rigby.” Here the mood of the song is drastically changed from the original. Stuttering syncopation gives the song a very off-kilter feel. While the soaring choruses work, the verses are jarring; perhaps listeners less familiar with the original (are there such people?) might be able to enjoy this, but for these ears it’s too radical of a change. Lovely jazz chording saves the song from being a total disaster, but it’s the first misstep on an otherwise solid album.

The trio launches right into the heaviness of “I Want You (She’s So Heavy)” and sounds a bit like Derek & the Dominoes in the process. The arrangement here is less about soul and more about just plain rocking out in that curiously early 70s way. Listeners will want to whip out their air guitars for this tour de force.

Soulive plays it pretty straight on “Come Together” but they do bring the funk a bit here. There’s a pleasing balance of looseness tempered with the clear feeling that they know where they’re going with the song — no jams, thanks — and they get a surprisingly full sound out of the trio format. Lots of wah-wah guitar on this one.

Oit of eleven Beatles songs covered, Soulive chose three Harrison numbers. “Something” is played pretty closely to the original as well, but a gospel feel is brought to the fore. Again, the lead guitar follows the vocal line of the original, and the solo is taken virtually note-for-note. Here it’s the organ that takes off on an exploratory journey, just far enough from the basic melody line to make things interesting.

Most listeners won’t be able to identify the next track until the signature melody kick in. “Revolution” is radically rearranged as a fast jazz organ/piano centered number. The emphasis here is on licks rather than melody, though the melody is in there. Unlike “In My Life,” here the radical changes actually work. A brief but face-melting piano solo is the cherry on top.

“Help!” starts out sounding unlike the original, but when the trio locks in on the song, it’s a jazz guitar-led arrangement that’s as propulsive as the Beatles’ version. An exuberant organ solo pushes the melodic boundaries while slipping in just enough of the original melody line to keep things grounded. It’s a finger-poppin’ arrangement with a very “live” feel.

There’s not much one could do to “Day Tripper,” you’d think. That signature riff is such an integral part of the song, what can you do? In Soulive’s hands, a good bit. The riff is kept, but the band takes is half-time for a feel like Otis Redding‘s stage band. And a Claptonesque (Cream-era) solo laid atop the riff works surprisingly well.

The album wraps up with George’s “While My Guitar Gently Weeps.” The song seems tailor-made for this treatment. Here the trio is firing on all cylinders, throwing all of the tricks in their bag into the mix. It’s not at all overstuffed; in fact this may the most fully-realized reinterpretation on the album. The drums occupy a more prominent role that’s as musical as it is percussive. It ends the album on a soaring note.

Anyone who digs instro-jazz or the Beatles should give Rubber Soulive a spin. Jam band fans will probably dig it too. And I suppose that’s okay.