In connection with the 2010 Collectors’ Choice Music release of the 3CD compilation The Complete Columbia Singles [review here], I arranged a series of extensive, in-depth interviews with former members of 60s hitmakers Paul Revere and the Raiders. I was fortunate to gain insights from vocalist Mark Lindsay; bassist Phil “Fang” Volk; guitarists Jim “Harpo” Valley and Keith Allison; and Raiders manager Roger Hart. In a modest tribute to Raiders guitarist Drake Levin – he passed away on July 4, 2009 – I’d like to present PART THREE of this five-part Raiders feature. — bk 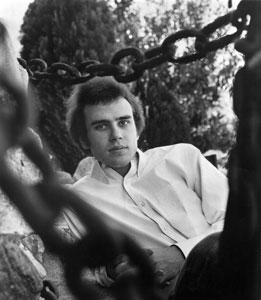 Peak and Valley
The grueling schedule of TV taping and live concerts left Paul Revere and the Raiders little time for studio work. Yet the group managed to record two successful albums in 1966, Just Like Us and Midnight Ride, both among the best of their recorded output. Guitarist Drake Levin was drafted and left the group in 1966 to join the National Guard. His replacement was Jim “Harpo” Valley, by this time guitarist with the up-and-coming Don and the Goodtimes. Valley initially hesitated to join, believing that the Goodtimes were on the verge of success themselves. He recalls, “Paul Revere gave me the fatherly advice: ‘A lot of bands are “this close,” but most bands never get beyond that.’” Valley accepted the offer in part due to assurances that some of his songs would be included on the next Raiders album (Spirit of ’67). But as the time came to cut one of his tunes – the last to be recorded, Valley recalls, “Mark Lindsay came running in and said, ‘Hey, I just wrote a song in the crapper. And it’s got to be on the album!’” A frustrated Valley left after a year of touring with the group. 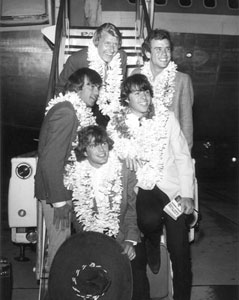 Levin returned briefly, but soon he too would become disenchanted. “Phil [Volk, bassist] and Drake were writers, too,” observes manager Roger Hart. “And they wanted to move up front a bit. But there weren’t that many opportunities.” Volk says that “we thought maybe the Raiders were losing their edge. Our focus was too much on pleasing the teenyboppers.” What’s more, future Raider Keith Allison says that because the group was often on tour, producer “Terry [Melcher] would start tracking songs without the entire band. That was a matter of contention, especially for Phil and Smitty.” In 1967 Levin, Volk and drummer Mike Smith left the Raiders to form Brotherhood. “It probably wasn’t a wise business decision” for them, says Hart, recalling CBS’ forcing a delay in release of the first Brotherhood LP. Revere sued the departing trio for breach of contract as well. 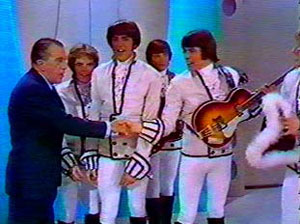 The division of labor within Paul Revere and the Raiders had by this time been well established. Lindsay handled songwriting and production (originally with Melcher, and eventually without him). Revere, always the businessman, concentrated on live shows and commercial exposure. While Revere’s manic boogie-woogie piano playing had been an early hallmark of the group’s R&B-derived sound, as the Raiders moved toward guitar-oriented rock, the songs provided less for him to do. In the studio, as often as not, the keyboard parts had been played by Volk, Melcher or (occasionally, when a session was booked and the band was on tour) session musicians. “Paul was not always comfortable in the studio,” Hart notes. “He loved being onstage.” 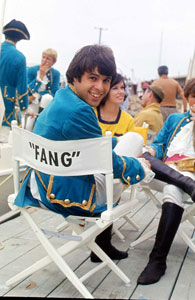 Volk stresses that although “things in the studio moved too slowly for him,” Revere “could rock his ass off.” Volk offers, “if you really want to hear Paul play, listen to those b-sides” on the new 3CD singles compilation. As Revere told Ed Osborne, “I was [Terry Melcher’s] worst nightmare. I’d always been the leader of the band; I was the guy. It was my band and I ran that son-of-a-bitch like a sergeant. And all of a sudden, I had a general over me.” 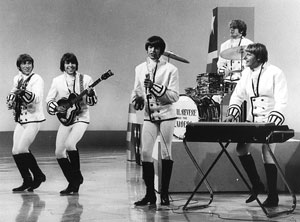 The 1967 disc Revolution – recorded with a new lineup – was the last Lindsay-Melcher collaboration, save the left-field A Christmas Present…and Past LP. Lindsay recalls that he and Melcher developed that holiday album as “combination Vietnam war protest and man’s-inhumanity-to-man observation.” He chuckles that the resulting music “turned out to be very dark, and not exactly” what the label had wanted. “It wasn’t exactly our most commercial enterprise,” Lindsay admits. 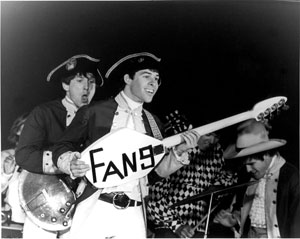 Even in the wake of the classic lineup’s breakup, the Raiders had a lot to offer. We’ll look at the rest of the group’s career in Part Four.