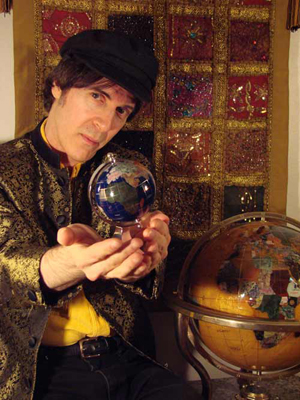 Critics tend to categorize Richard X Heyman‘s brand of music as powerpop, a genre that for many is an anachronism. “I always heard that the original [use of the label] powerpop was in reference to The Who. It’s melodic, [yet] it’s the precursor to heavy metal in some ways.” But “it gets into semantics, really, after awhile,” Heyman comments. “People want to put labels on what they’re hearing; you can’t stop that. I guess if I have to get into the label business, I just call it rock, or rock and roll. You’re influenced by the music you hear growing up; I listened to 60s and 70s rock, but I also grew up listening to Broadway show music, classical…that’s all in my music, the bits that I’ve listened to.” His influences are wide ranging: “sometimes when I write a chord sequence, I find that it was influenced by Richard Rodgers, not Lennon/McCartney.”

People can change a lot in two decades. With twenty years’ distance on the composition of these songs, Heyman found that in some cases, the songs almost seemed as if they were written by someone else. Reviewing songs for inclusion in this project, Richard says that “lyrically, a lot of them surprised me. Not that I’m ashamed of them — I’m not — but some of the songs express things differently than I would now.” In some cases he found that “I did not even remember writing it…or why I wrote it! And a lot of times I’ll find old lyric sheets, but I won’t remember what the music is anymore.” He chuckles, confiding, “that’s a little frightening.”

The self-produced Actual Sighs is arguably Heyman’s most “produced”-sounding album since 1991’s Hey Man! Of particular note is the featuring of real (not synthesized) string parts, most notably on the soaring opening track, “Kenyon Walls.” Richard explains that this was “happenstance. We were at a family gathering; [bassist/engineer/wife/muse] Nancy ran into a cousin of hers [Meryl Danziger] who is a concert violinist. We got into a conversation and we told her we were working on some recordings; ‘hey, it might be cool if you came over and played some violin.'” He effuses that “it was such a joy to work with somebody like that; we didn’t have to write anything out. We just gave her parts, and she played them.” From there the Heymans “got the bug” and added more classical instrumentation that adds color to the rock shadings of the album.

A multi-instrumentalist, Heyman got his start as a drummer; he’s done stick duties for Brian Wilson, an aborted Left Banke reunion project, Link Wray and many others. And onstage he plays guitar. But in fact his primary instrument is piano. Somewhat surprisingly for a man who has made his career crafting winning pop influenced by The Byrds, Bob Dylan and The Beatles, Heyman’s next project will be a collection of piano-based pieces.

Meanwhile, for those new to Richard X Heyman’s work, there is plenty in the back catalogue to explore. In addition to Actual Sighs, there are four albums and an EP, a (currently VHS-only) retrospective video compilation, and an actual book. In Boom Harangue Heyman chronicles his life in and around music. Funny and engaging, Boom Harangue “is not really an autobiography; it’s…stories of things that went wrong.”

Richard knows he’s operating in something of a subgenre. Is there a future for melodic rock? To him, the great era “started with the sort of Brill Building style of rock; The Beatles overtook that, then they listened to Dylan and took it to that next step. Then we had this great renaissance in 1965-70. It was so great, even Leonard Bernstein was doing TV specials about it; he was so enthusiastic about this new direction. I am disappointed, on some levels, that what I thought was such an interesting artistic progression [veered off into] a whole ‘nother direction. I have this theory that when the 70s started, it was kind of a reactionary decade; it was sort of, ‘what do we do to follow the 60s?’ Everybody was trying [musical] things, but nothing was as good.” Heyman goes on to talk about rock’s brief 1970s resurgence in the punk scene, but wonders: “was that superior to what the great 60s bands were doing? I don’t know…but I don’t think so.”