A Look Back at “Psychedelic Siren” 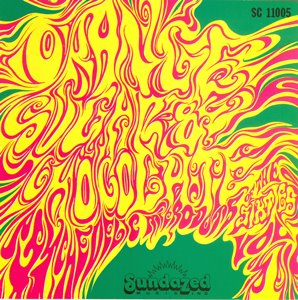 Regular readers of this page will know — because I rarely go any amount of time without bringing up the subject — that in the early-to-mid part of the naughties (ca. 2002-2005) I led a little ol’ cover band called The Echoes of Tyme. (Interested parties can read a brief essay outlining that band’s story here.) In a nutshell, our mission was to unearth lost and forgotten garage/psych classics and bring them to the masses.

When it came to measuring success, with regard to the first part of that equation — the unearthing — we were quite successful. As far as the “masses” part, well, not quite as much. But we had fun. And after a number of musical and life detours, I have recently put together a new band to pick up the baton that the Echoes of Tyme retired in ’05.

Always keeping my ears open for some heretofore unknown gem (or, more accurately, “nugget”), around 2004 I stumbled across a track on the compilation Psychedelic Microdots, Vol. 1: Orange, Sugar and Chocolate. (How, I ask you, could one go wrong with an album titled thusly?) The song was called “Psychedelic Siren” and was performed by a group called the Daybreakers.

“Psychedelic Siren” was a two-minute slab of the some of rawest, most aggressive punk-psych ever committed to vinyl. Brutish (not British!) chord changes, stomping beat and shouted vocals were the order of the day. But the song had an extra-weird element: a droning air-raid siren effect that weaved in and out of the mix. Depending on your musical orientation, that gimmick either made the song mind-numbingly grating or a stone classic. I chose the latter, as did my band mates.

The production — as you might well imagine — was rather primitive, par for the course for local garage bands of the era (roughly 1966). As such it required some effort to decode the poetry contained in the lead singer’s lyrics. We had the choice, of course, of simply fashioning our own lyrics. Let’s face it: who’d be the wiser? But I figured I’d try and track down the words.

So I posted a message on a psych-garage discussion group I frequented, asking for assistance with the words to “Psychedelic Siren.” Long story short, a fellow list member put me in touch with the actual composer and vocalist of the song, one Max Allan Collins.

For those who aren’t familiar with the name, Collins is in fact a celebrated graphic novelist. You may remember a 2002 theatrical film called Road to Perdition: it starred Tom Hanks and Paul Newman. That film was based on Collins’ graphic novel of the same name. (His web site is here.)

Anyway, same guy. So I exchanged a few emails with Mr. Collins, who kindly helped me sort out what he was shouting wildly about some forty years earlier. He told me that he continued to receive royalty checks for the song — a minor hit in the USA’s Midwest region — and that those checks (issued annually) usually totaled around 13¢ each. No kidding.

Collins told me that the siren on the recording was some sort of black-box contraption with a hand crank. Not really very psychedelic, that. But it sounded wicked cool. For our version, our guitarist Dave Jones switched to my instrument (keyboards) and hammered out an insistent Vox-styled riff. Our rhythm guitarist switched to lead, and on the recording I reversed his solo for maximum psych-ness. And I played my Theremin. Well, “played” is perhaps too refined a description for what I did. A Theremin is sort of an invisible fretless instrument, and getting a specific note out of it requires a level of nuance and sophistication that was, well, not really on the agenda that day. But it was pretty psychedelic. We doubled the song’s length, but even then it’s still a relatively brief 3:43.

In his last note to me — in which he recounted all of the “Psychedelic Siren” lyrics — Collins offered a bit of invaluable advice, a tip that would be essential in any attempt to capture the song’s essence: “Don’t,” he advised me, “forget to scream.”