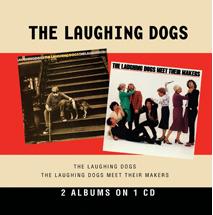 Generally accepted to have as its genesis the mid-60s singles by The Who (for example “I Can See for Miles”), powerpop has enjoyed a few brief moments in the limelight. The early 70s saw the triumvirate of powerpop groups: Badfinger (Northern England/Wales), Big Star (Memphis) and the Raspberries (Cleveland). The first and third of these enjoyed significant chart success, and all three have gained critical plaudits (if belatedly).

But by ’75 or so, it was all over. Rock’s reign over the pop charts had begun to splinter in the early 70s (thanks in no small part to the popularity of singer/songwriters, themselves arguably a shell-shocked reaction to the late 60s), and with the rise of disco, the charts would never be the same again. Powerpop continued to bubble under, especially in England. A variant now known as pub rock had been going strong there. With its concentration of song craft, hooks and other traditional forms, pub rock was something that even the punk and new wave fans could appreciate to a degree. Nick Lowe, Wreckless Eric…these artists and others made some commercial inroads in the early days of what was dubbed “new wave,” but in the end they were fairly traditional artists (though in the case of Lowe and his cohorts, supremely gifted ones).

Stateside, we had The Knack. Yes, they were criminally over-hyped, but the music was pretty good. And their success did pave the way for some other groups to get their music heard (The Romantics, to name one). In subsequent years, powerpop has submerged to become a sub- sub-genre, though evangelists (sorry…), er, keepers of the flame like Jordan Oakes (curator of the wonderful Yellow Pills compilation series) and Bruce Brodeen (proprietor of NotLame Records) have each done their part to keep those interested aware of new powerpop releases.

But, anyway, if a group really wants to limit its appeal, it can head for an extra-narrow niche. Like, say, Christian rock. That music is mostly sold in “Christian” stores, as opposed to trational music outlets (or what remains thereof). Sort of preaching to the converted, to coin a phrase. The group could attempt something of a bait-and-switch: demo some standard and catchy rock tunes, get a contract, then slip the god-rock in on the LP.

At this late date it’s impossible to tell for certain, but a listen to the new CD of 1979’s  The Laughing Dogs / The Laughing Dogs Meet Their Makers (1980) suggests that’s what happened here. This pair of LPs by the NYC-based quartet contains some fine, fine powerpop — especially the first disc’s leadoff track “Get ‘Im Outa Town” that sports nifty close harmonies and catchy riffs chord changes. And as long as the Laughing Dogs stay in that territory, they’re fine, and the album’s an engaging listen. But when they make musical detours (like the harder-rocking “I Need a Million”), things go wrong. And when, as on several tracks, they head into Contemporary Christian mode, well, it’s a disaster. On what would have been Side 2 of the debut LP, the lyrics slip none-too-subtly into preachiness. And worse, they starting sounding like (ewwww) Pablo Cruise or Toto.

Some artists can pull off the art of writing a love song that could be directed at a person and/or a higher power (George Harrison was one of these), but lesser artists fall back on overused tropes. The Laughing Dogs give it a shot on the otherwise-good “Take My Chances” “Round and Round”, but those not predisposed to religious messages in their rock music might begin shifting uncomfortably in their chairs on this one. When a song starts out with the lyric “Did you know the story / of the kingdom and the glory” you know you’re in for a sermon. And when the singer intones, “I’d hate to see you be the one left behind,” you’ll either nod you head in agreement or roll your eyes (which of those you do is a surefire indicator of how you’ll feel about the second half of the disc — Meet their Makers — which is even more chock full of this stuff). And lazy, clichéd rhyming on the heavy-handedly titled “It’s Just the Truth” ruins a song that sonically invokes the spirit of Tom Evans (Badfinger).

Some high points do make the disc worth hearing. “Low Life” has that A Hard Day’s Night sound down pretty well. “No Lies” sports a vibe that seemingly draws inspiration from the Blondie Chaplin/Rikki Fataar era Beach Boys (“Sail On Sailor,” specifically) and it works well. And “Reason for Love” has a feel not far from another overlooked powerpop band, The Paley Bros.

But, but. A cover of the Animals’ “Don’t Bring Me Down” is good but pointless. David Johansen would do it way better on his Live it Up LP soon after this came out. “Zombies” — the leadoff track from Meet Their Makers — starts off sounding like a carbon copy of Ian Dury and the Blockheads‘ “Hit My With Your Rhythm Stick” but then goes someplace else, somewhere less interesting.

The playing and singing on these songs are top-notch, and more than half the songs have winning hooks. But sanctimonious pap and — forgive me here — god-awful lyrics on tracks like “Not What I Used to Be”, “Reach out for Me”, “Reason for Wanting You” and “Two Who Are Willing” force this set firmly into the special-interest category. Small wonder these records didn’t sell on original release.

Summary verdict: I’m sure the Laughing Dogs were a bunch of nice guys. But these albums — especially Meet Their Makers — are a flawed experiment, a failed bid, and full of wasted, misdirected effort. One suspects that the honchos at Epic Records were none too amused when the figured out the score. Reviews on Allmusic rate these long-rare albums pretty highly, but — unless you’re into what The Laughing Dogs were selling, there are much better examples of the powerpop genre out there, waiting to be discovered.