When something is a familiar part of one’s daily existence — when it’s sort of always there — there’s often a tendency to take that thing for granted, to not fully appreciate its value. So it was for me with the album The Concert from Creedence Clearwater Revival. Originally issued in 1980 — an era in which the term classic rock really came into parlance as a marketing tool — the album was filled with familiar hits from CCR’s run in the sixties and early seventies. 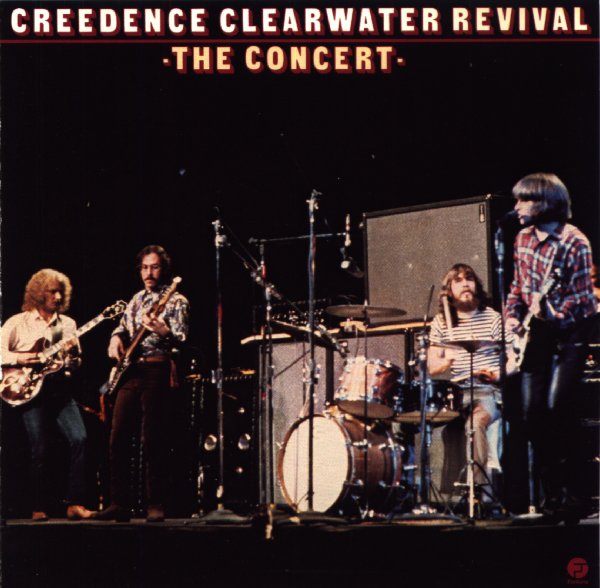 But one could turn on any number of FM radio stations — especially if living in what radio programmers call a “major market” — and hear most of this stuff seemingly all the time anyway. And because of CCR’s no-nonsense approach to arrangements and performance, there was precious little difference between the live versions on The Concert and the even more familiar renditions on the studio LPs most of us had at home. And the studio versions were a little cleaner recording-wise (though The Concert was expertly recorded and produced).

With that in mind, I nonetheless tried to approach the 2009 reissue of The Concert with fresh ears. Surprisingly, it held up better than expected. The rapid-fire delivery of fourteen CCR classics — essentially a greatest-hits show — doesn’t let up for a moment. Unlike the other live album in the CCR canon (Live in Europe) The Concert features the four-piece lineup and shows the band at the heights of their creative powers, their critical acclaim and their popular success. The performances are not especially revelatory, but what is — and this can’t be stressed enough — is that the band came out onstage that night in 1970, played fourteen songs, and now nearly forty years later, one can listen and note: “damn; every one of these songs is a bona fide classic rock and roll tune.” That’s saying something.