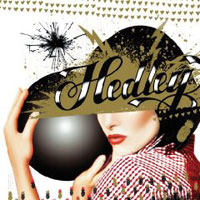 Not certifiably awful in any way, the debut album by Canadian quartet Hedley is simply another serving of the tired, shopworn formula that the record industry serves up. Like a musical version of the stereotypical elementary school lunch lady, the folks at Capitol (theoretically the same people that gave us Frank Sinatra and the Beatles) dish out this musical mystery meat and expect us to consume it. Time for a hunger strike!

Again, this eponymous disc is not truly awful. It’s just — and yes, I know that I use this term a lot, but advisedly so — more of the same. As I forced myself to endure the forty-plus minutes, the inescapable question was, “ok, what other group does this band sound exactly like?” I couldn’t quite pin it down, but I know it’s someone equally faceless [Note to self: find the nearest white fourteen-year old and ask him; he’ll know]. Good Charlotte? Bowling For Soup? Ultimately, the question barely deserves the effort to answer.

Too, points must be deducted for the mannered vocals (“me” is invariably enunciated as “mayyy;” where haven’t we heard that before?). Yes, I know that lead singer Jacob Hoggard garnered fame on Canadian Idol. Having never seen that program, I can only assume they haven’t got a judge like Simon Cowell; that snarkmeister/tastemaker would have given some career advice to Hoggard (hint: it would not have involved music).

All that said, it’s ok if you like this sort of thing. But better choices abound.