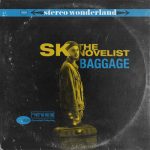 West Asheville hip-hop artist Sk the Novelist is a member of local rap collective the Legion of D.O.O.M. This Legion is kindred spirits of—but no relation to—the similarly-named mash up group/production team out of southern California. Sk (John Wilson) has been releasing music since at least 2014, when his EP Return of the Emcee featured
Read More