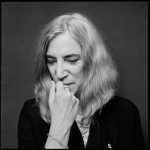 Over the course of her years in the creative world, Patti Smith has been called many things: muse, musician, rocker, activist, wife. But the one word that has always been the best to describe her is poet. An incalculably important part of the early 1970s underground rock scene in New York City, Smith would influence
Read More