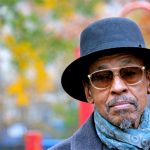 Henry Threadgill has a well-deserved reputation as a jazz innovator. Working with unusual ensembles that included instrumental combinations not often thought of in a jazz context, Threadgill has made a series of boundary-pushing albums beginning in the 1970s and continuing to present-day. For his efforts, the composer/saxophonist/flautist has earned many accolades and awards, including the
Read More