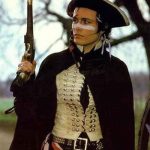 MTV (younger readers note: that used to stand for Music Television) seemed custom made for an artist such as Adam Ant. The British music personality born Stuart Goddard had just the right mix of visual impact and musical appeal to thrive in the early 1980s MTV era. His band Adam and the Ants was, in
Read More