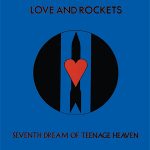 File next to: Siouxsie and the Banshees, Psychedelic Furs One of the problems with hit records is that they’re often too representative of the era in which they were made. Whether it’s production values, instrument choices or general approach, too many songs all but scream “1980s!” when they’re played decades later. It’s the rare release
Read More
David J (Haskins) came to fame as a member of goth-rockers Bauhaus, and went on to success with Love and Rockets, solo releases and sideman duties with such greats as Jazz Butcher (Pat Fish). Along the way, he experienced and/or witnessed firsthand some great stories. As it happens he is a masterful storyteller, with a
Read More