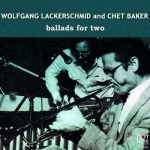 In an odd way, it’s entirely fitting that nowhere on the sleeve or label does Ballads for Two indicate when the album was recorded or originally released. It’s fitting because there’s nothing about this album that ties it to a particular place or time. The record is comprised of eight cuts featuring nothing more than
Read More