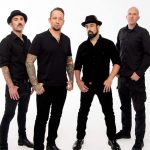 This feature appeared previously in Rock On magazine. For 20 years and running, Copenhagen, Denmark-based band Volbeat has had it both ways: the popular group has honed its brand of hard-rock (with elements of early, vintage rock ‘n’ roll) while appealing to an audience that extends well beyond rock fans. Few groups have been as
Read More