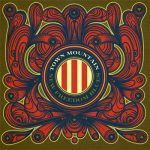 On the group’s sixth studio album, Asheville-based band Town Mountain continues to build on its successful sound. New Freedom Blues finds Town Mountain having it both ways: the five-piece is a reliable purveyor of classic bluegrass, yet the Appalachian music genre is subtly imbued with a modern-day feel that lets the group express its own
Read More 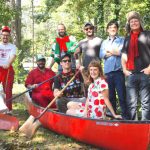 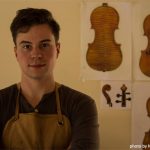 Continued from Part Two… The Cult of Old Wood A violin maker can’t simply drive to the nearest lumber yard for wood. Devereux explains that the raw material – maple for the sides and back, spruce for the top – is milled specifically for violins, and is sourced from Eastern Europe, the foot of the
Read More 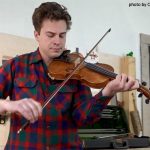 Continued from Part One… The Right Way There’s a great deal of history wrapped up in the art of fiddle-making, but Devereux’s perspective on the subject is of a decidedly practical sort. While emphasizing that developing the required skills calls for a lot of what he calls “ass-in-seat time,” he says that there’s a lot
Read More 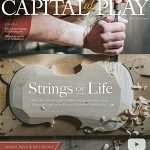 I was at a party,” Jack Devereux recalls. “This drunk girl sat on my violin and busted the head off.” What could have been an unmitigated disaster instead served as the catalyst for Devereux’s own entry into the world of fiddle making. Nine years ago, Jack Devereux was studying jazz violin at Berklee College of
Read More