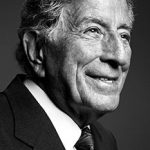 Tony Bennett needs no introduction, so we won’t give him one. Here’s a recent Q&A with the acclaimed singer, now in his 93rd year. In recent years you’ve done highly successful collaborations with Lady Gaga and Diana Krall. If you had the ability to go back in time and work with someone you didn’t get
Read More 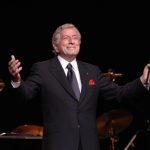 In the history of popular music, Tony Bennett stands tall. His professional singing career can be said to have started at age 13 when he was a singing waiter in New York City’s Queens borough, but it was only after serving in WWII that he landed a recording contract. Bennett’s recording career has seen him
Read More 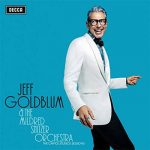 Tony Bennett & Diana Krall – Love is Here to Stay Tony Bennett is an American institution (watch for my interview with him, coming soon). At age 92 he’s still going strong, long after most all of his contemporaries have left us. Diana Krall is only a bit over half Bennett’s age, but she’s well
Read More
Vocal great Tony Bennett and jazz piano legend Bill Evans both had long, successful and impressive musical careers by the time they decided to collaborate. The pair met in the studio on two separate occasions – the first for three days in June 1975, the second for four days in September of 1976 – and
Read More
In 2005, Concord Music Group brought together all of the music Tony Bennett cut for his own label and issued a sprawling, four-plus-hour box set called The Complete Improv Recordings. That set included five reissued albums plus an assortment of previously-unreleased material. For serious Bennett fans, it’s clearly an essential purchase. For more casual fans
Read More