the milk and honey band Archive 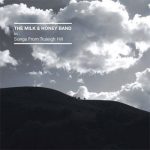