Chris Stamey has been an important – if ever-so-slightly underground – part of the American music scene for decades. An early post-Big Star collaborator with Alex Chilton, he went on to create some of the best and most timeless music in rock/pop as a member of Sneakers, The dB’s, and as a solo artist. He’s
Read More 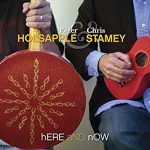