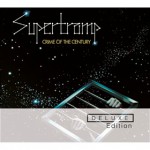 This year has been another great one for reissues and compilations. As much as I delight in the discovery of new music, there remains a staggering backlog of music that […]
Read More
Among fans of progressive-minded 1970s rock, Supertramp have rarely gotten a fair shake. And the reasons are difficult to discern. Could it be the high-pitched lead vocals of co-lead singer […]
Read More