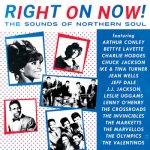 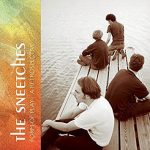 Today I wrap up three days’ worth of reviews of new music. Dig if you will. The Pollyseeds – Sounds of Crenshaw, Vol. 1 As far as I know, none of the music on Sounds of Crenshaw Vol. 1 is used on the soundtrack of the Amazon Original series Bosch, but – like that crime
Read More
There are antiheroes, and there are antiheroes. One supposes that Jerry McGill is one. He certainly possesses a primary prerequisite: a worldview that measures everyone and everything though the whatt’s-in-it-for-me lens. I’m hesitant to throw around the terms narcissist and sociopath, but if you have a working knowledge of how those labels apply to a
Read More
There have been countless books written about Elvis Presley and/or the early years of Sun Records in Memphis, Tennessee. But a new book by someone who was there (for a time, at least) sheds some new light on the tiny yet famous and incalculably important label. Barbara Barnes Sims‘ The Next Elvis: Searching for Stardom
Read More