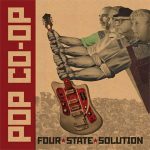 More quick-take reviews … Pop Co-op – Four State Solution Making an album via file sharing – instead of the old-fashioned method of gathering in a studio – is now […]
Read More
Beginning in the early 1980s out of their home base in Charlotte NC, The Spongetones offered up what was then a new and unique concept: new and original songs, written […]
Read More
Continued from Part One… What I didn’t realize at the time is that the setback of rotator cuff surgery and recovery wouldn’t keep Jamie Hoover from creating new music and […]
Read More
For the last thirty-plus years or so, Jamie Hoover has been known as a highly regarded producer, musical collaborator, and member of the Spongetones. I first noticed his production credit […]
Read More
I’m bound and determined to reduce the contents of my in-box to manageable levels, so this week I’ll be covering 25 albums, each adhering to a 100-word limit. Don’t mistake […]
Read More
I’ve probably told the story before: growing up in Atlanta, I discovered the Spongetones‘ debut LP Beat Music in the bin of an indie record shop not long after its […]
Read More