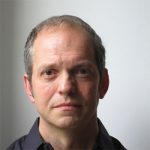 In my last feature, I shared bonus content from my interview with Semisonic’s Dan Wilson. That piece featured parts of our conversation that didn’t make it into the story I […]
Read More 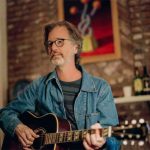 Continued from Part One … Bill Kopp: One thing that has always surprised me is the way in which Semisonic – and this was true for Trip Shakespeare as well […]
Read More 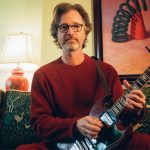 This summer I spoke with Dan Wilson and Jacob Slichter of Semisonic about the band and its new EP, You’re Not Alone. (Vacationing with his family at that time, bassist […]
Read More 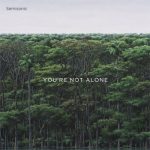 Continued from Part One … When listeners hear new songs like the soaring title track and the riffing “Basement Tapes,” they may find themselves thinking that Semisonic has picked up […]
Read More 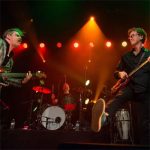 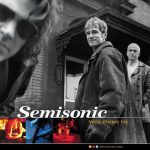 Certain music becomes an exemplar of the time in which it was made and released. If the artist involved is lucky, that music not only evokes memories of that period, […]
Read More
>>> Hey kids! Don’t forget to read Parts One and Two! <<< Continued from Part Two… Bill Kopp: As we discussed earlier, you’re credited as co-producer on the new Trip […]
Read More
Continued from Part One… Bill Kopp: When Trip Shakespeare cut Applehead Man, you were originally a trio. By the time of the second album, Matt Wilson‘s brother Dan had joined. […]
Read More
My interview with John Munson, bassist with late 1980s critical darlings Trip Shakespeare, began with him noting that my name sounded familiar to him: “How might I have heard your […]
Read More
I’m bound and determined to reduce the contents of my in-box to manageable levels, so this week I’ll be covering 25 albums, each adhering to a 100-word limit. Don’t mistake […]
Read More