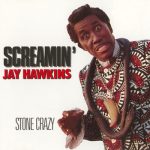 Continued from Part One… Several of the songs feature a female voice in the mix, engaging in a sort of vocal sparring with Jay. What’s the story on that? He […]
Read More 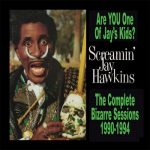 Screamin’ Jay Hawkins (born Jalacy Hawkins in 1929) is one of those artists whose influence would far outpace his commercial success. Trained as a classical pianist and singer with an […]
Read More