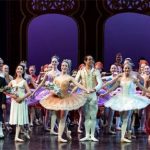 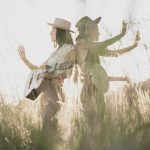 Though it’s easy to take water for granted – just turn on the tap and there it is – for hundreds of millions of the Earth’s people, access to clean water is a goal, not a reality. The United Nations considers universal access to clean drinking water a human right, but that doesn’t magically make
Read More 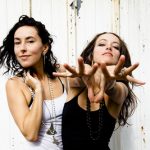 There is a wide consensus that the United States is entering a challenging era, especially for those fighting for civil rights, environmental protection and sustainability. For creative artists who seek to combine their art with activism, this new reality has the potential to demoralize. Yet it’s possible to look at our current reality with perspective
Read More
Continued from Part Three… Leah Song relates that Rising Appalachia have many friends around the country who are involved in art and creative projects. “Many of them,” she notes, “end up being codependent on grants. They call it the Nonprofit-Industrial Complex. We wanted to have that feeling of being independent; and if we’re indebted to
Read More
Continued from Part One… In those years, music as a professional pursuit was never a goal. Leah Song says that even when she and sister Chloe Smith did begin making music, “we were just trying to create a project that paid homage to all of our musical influences. It was only later – three or
Read More
Sisters Leah Song and Chloe Smith lead Rising Appalachia, a renowned folk/world music group whose music is as intriguing as it is hard to classify. Their eighth album, Wider Circles, has just been released, and the group (also featuring percussionist Biko Cassini and bassist/guitarist David Brown) appeared onstage in their current hometown at Asheville, North
Read More