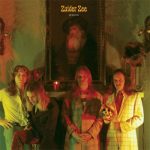 Continued from Part One… After the Shine’s Gone Looking back some forty-plus years, Orange isn’t sure what plans –if any – CBS/Columbia had for his group. “I remember thinking, ‘Well, […]
Read More 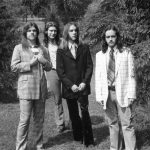 (An edited version of this story appeared previously in Goldmine.) In 1975, a Memphis-based band called Zuider Zee recorded an album for Columbia Records. The melodic, power pop-leaning collection of […]
Read More