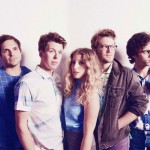 “What it really comes down to,” says Ra Ra Riot vocalist Wes Miles, “is that, as an artist, you don’t ever want to make the same record twice.” That thinking helps explain the abrupt stylistic change between the group’s second album, 2010’s baroque-flavored The Orchard, and 2013’s Beta Love. For that third album, and on
Read More