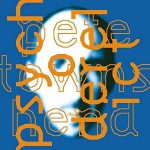 As the primary songwriter for The Who, Pete Townshend created a staggeringly significant body of work. But he recognized that some of his material wasn’t right for the group, so he launched a concurrent solo career. (We won’t get into the way in which many of the songs on Face Dances and It’s Hard seem
Read More 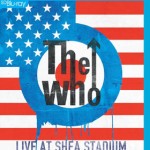 In the eyes of most pop music historians, The Who circa 1982 gets a pretty bad rap. With the hindsight of history, it’s not that difficult to understand why. Drummer Keith Moon had died in 1979, just before the release of Who Are You. The group enlisted former Small Faces drummer (and authentic “mod”) Kenney
Read More
On one hand, the existence of this album makes perfect sense. Among many Who fans (myself most assuredly included), Quadrophenia ranks among the most celebrated work from Pete Townshend and/or The Who. While Tommy was arguably more groundbreaking – often (and incorrectly) cited as the first “rock opera” – Quadrophenia remains a more musically and
Read More
UK-based Chrome Dreams has released a number of these Jukebox titles over the last few years, including titles exploring the influences upon Keith Richards, Bob Dylan, Paul McCartney and even The Grateful Dead. And while some of these artists have endeavored to do something similar themselves (McCartney’s 1999 Run Devil Run comes to mind), the
Read More