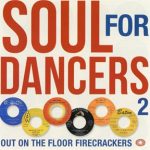 Five more quick ones. All these albums bear further investigation. Wild Man Fischer – An Evening with Wild Man Fischer Conventional wisdom holds that while Gail Zappa was alive, she prevented reissues of many albums originally released on Frank’s Bizarre/Straight labels. Whether that’s true or not, Gail’s gone now and we finally have a legit
Read More
Though they initially submitted demo recordings to major record labels (the bootleg The Warner Brothers Tapes documents the most notorious of these), the inscrutable collective that once jokingly billed themselves “North Louisiana’s Phenomenal Pop Combo” released most of their albums on their own Ralph Records label. That entity – though not The Residents themselves –
Read More